First Dodge and Jeep EVs Expected to Launch in 2022-23 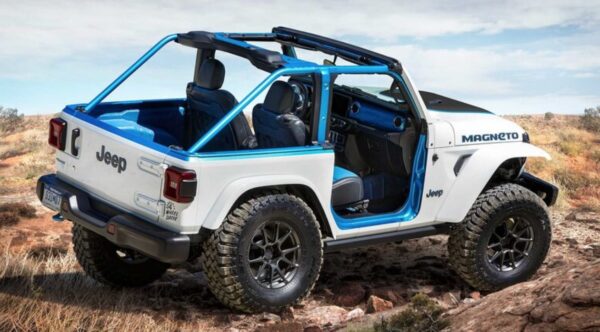 Just a month after Dodge teasing its first electric vehicle (EV) muscle car, parent company Stellantis has alluded to two new exciting EV releases, one referring to Dodge’s upcoming muscle EV, and the other coming from the classic brand Jeep.

The launches will include an all-wheel-drive electric Dodge muscle car, as well as an all-electric Jeep – which many expect to be a remake of the classic Jeep Wrangler.

The news comes from a Stellantis earnings presentation, in which the company also shared EV timelines for Chrysler and Ram.

Dodge is set to launch a RAM pickup EV as soon as 2024, while other Stellantis brands like Maserati and Alfa Romeo are expected to drop first EVs by 2027 in the U.S.; though it still is not clear when Chrysler will dive into the EV waters.

Last year, Stellantis spent $360 million euros on emissions credits, most of which were purchased from Tesla.

Later in the day, however, Biden signed an executive order to electrify as many as 50 percent of new cars sold in the U.S. by 2030.