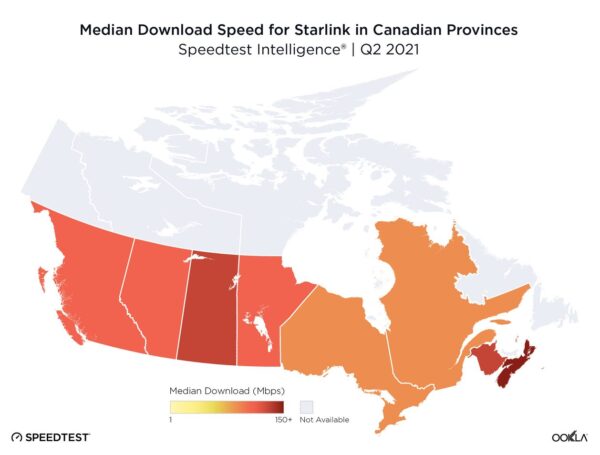 As SpaceX’s Starlink gets close to reaching global coverage around September, the satellite internet service’s users are reporting impressive speeds around the world – and particularly in the U.S. and Canada.

A new report from Ookla Speedtest examined second-quarter data from users across the world and found that Starlink generally outperforms fixed broadband speeds across Canada. In addition, the report details Starlink’s varying performance between provinces, though it says it doesn’t vary widely.

In addition, Starlink had much higher levels of latency than fixed broadband, at a median of 55 ms compared to just 12 ms for broadband. Still, the service largely represents benefit to rural and remote regions where broadband connectivity is scarce, despite the extra lag. 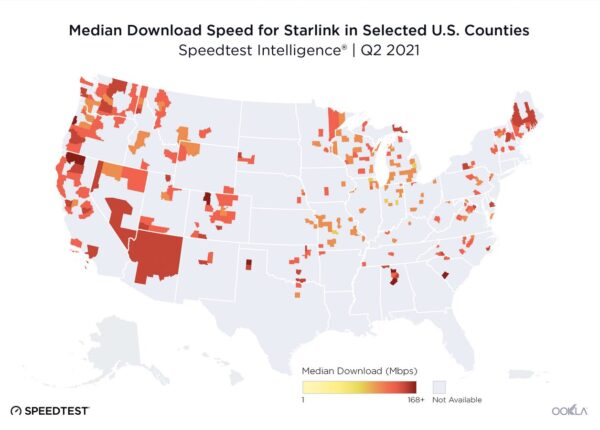 Still, Starlink couldn’t quite beat fixed broadband median speeds, which landed 115.22 Mbps, though the service still represents huge improvements for rural and remote customers in the U.S. – and the data shows that Starlink’s speeds are steadily improving. 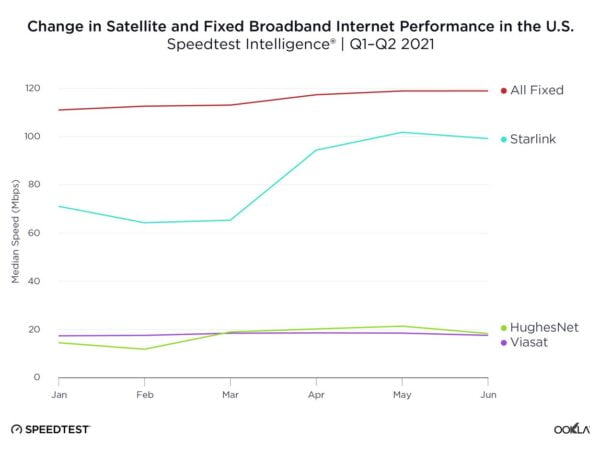