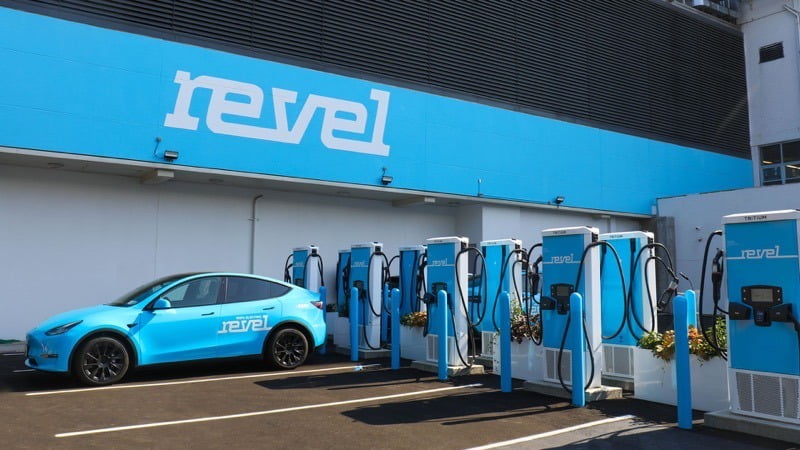 The company was recently given the green light by New York City’s Taxi & Limousine Commission to operate in the city, after originally being told they weren’t allowed to start up in the Big Apple.

Unlike Uber and Lyft drivers that operate as contractors, Revel’s 150 drivers are employees of the company. The ride-share service has been granted to operate south of 42nd street in Manhattan.

Revel has a new ‘Superhub’ in Brooklyn where it charges its vehicles with 25 Level-3 fast-chargers, also available for public use.

That's the sound of our all $TSLA, all-employee driven rideshare service emitting little noise and zero emissions in #NYC.

According to Revel’s co-founder Paul Suhey and Head of Rideshare & EV Infrastructure, told Fox Business yesterday the company has over 50,000 people on its waitlist. Suhey said they are “seeing a lot of excitement” for the service, as people are excited to try the new service, along with riding in an electric vehicle and a Tesla for the first time.

The modified Revel Model Y has the passenger seat removed to allow at least one passenger to fully stretch out their legs. There are also tablets in the back to let passengers control aspects of the vehicle, such as air conditioning and music, for example.