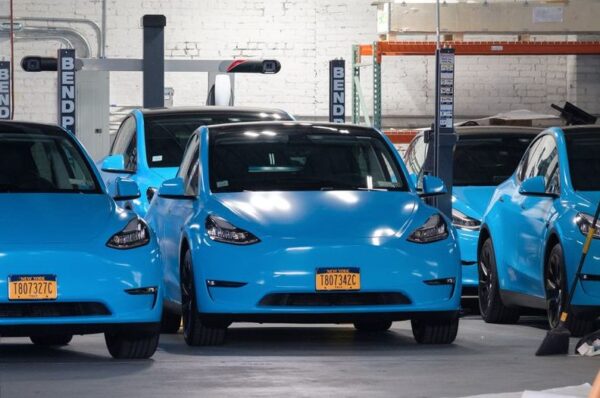 Now, following the earlier release of a petition supporting Revel, the city has granted Revel a green light to move forward, and the company plans to launch its Tesla Model Y taxi fleet in New York City on August 2, according to NY Daily News.

Revel’s initial launch will include a fleet of 50 Tesla Model Y units, all blue, and currently only to serve to the south of Manhattan’s 42nd Street for the time being.

Revel to Launch Fleet of 50 Teslas for Ride-Share Service in NYC https://t.co/S5hxhnBiZt

While the TLC originally said it removed the congestion in order to free up traffic on New York City’s streets, Revel CEO Frank Reig emphasized the need for swift action against climate change – which zero-emission vehicles help to deliver on.

Reig said, “We want to reconcile their concerns about more cars on the road.” Reig continued, “There’s a very critical and immediate need to accelerate electric vehicle adoption in this city. It’s not going to happen if we don’t communicate and we don’t work together.”

Long-term vehicle subscription service Autonomy has launched an end-of-year sale that lets users subscribe to a Tesla Model 3 for what it is calling the “lowest price anywhere” for the electric sedan. Customers need to put down a $3,000 deposit and then pay $450 per month for the first 12 months, said Autonomy earlier this […]
Peter McGuthrie
18 hours ago