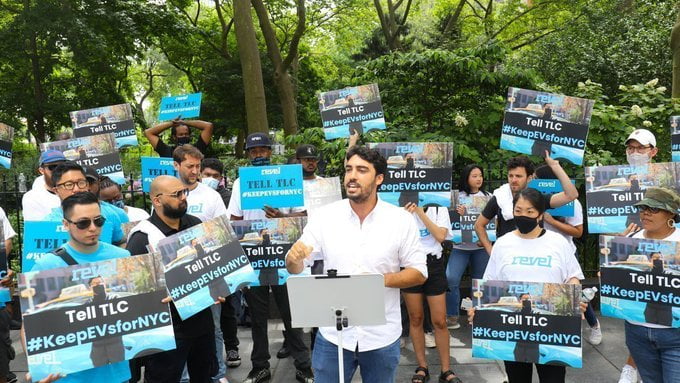 However, despite the decision, a new petition on Change.org has been launched following the decision, calling to reverse the New York City ban on new EV taxi licenses.

A reversal of the decision would allow Revel, previously an electric scooter company that announced its EV taxi fleet plans in April, to obtain the necessary licensing to operate a small fleet of 50 Tesla Model Ys.

The petition, started by Adam Jonah, says, “If you want to see Revel rideshare Teslas on the road — providing good jobs for New Yorkers, making our city’s air cleaner and safer, and putting pressure on competitors to convert to electric — please make your voice heard by signing and sharing this petition.”

According to the petition’s description, Revel plans to designate drivers as full-time employees – unlike those of Lyft and Uber which have come under fire in California for being independent contractors – and the company also plans to increase the EV charging infrastructure throughout New York City.

You can sign the petition to reverse NYC’s ride-sharing taxi ban for EVs here.

Canada to Invest $2.7 Million for 22 Electric Vehicle Chargers in B.C.

Tesla Drives Off Cliff Down 100 Feet, Occupants Walk Away