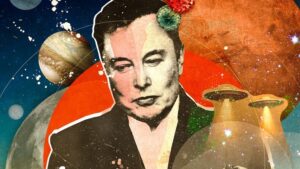 Tesla CEO Elon Musk spoke at The B Word Bitcoin conference earlier this week, and despite having built an impressive career from his companies Tesla and SpaceX, Musk also emphasized the difficulty Tesla has caused to his life.

On Wednesday at The B Word conference, Musk said that Tesla may be able to play a role in Bitcoin’s transition to clean energy, going on to say that the company has caused “two-thirds of his personal and professional pain,” according to CNBC. The comments came in response to Steve Lee asking Musk if Tesla could help play a role in cryptocurrency’s transition to clean energy.

In response to the question, Musk said, “Well, I think Tesla can play a role.” Musk continued, “I would say I’ve had some pretty tough life experiences and Tesla’s probably responsible for two-thirds of all personal and professional pain combined to give you a sense of perspective there.”

In addition to his wistful words, Musk went on to say that Tesla isn’t yet manufacturing 4680 battery cells at volume, at which point it will become easier to accelerate electric vehicle (EV) production as well as help transition Bitcoin to clean energy.

Musk also stated during the conference that Tesla has sold Maxwell Technologies to UCap Power, which was originally acquired by Tesla in 2019.

Tesla has launched a sunshade for the Model S refresh (2021+) in its online shop, priced at $120 USD. “Constructed from lightweight mesh fabric with a collapsible rigid frame, the Model S Glass Roof Sunshade blocks 66 percent of luminous transmittance. Easily removable, the sunshade is installed onto the interior of the glass roof with […]
Sarah Lee-Jones
10 hours ago

Tesla continues to leverage its in-car notification system to alert owners to charge their vehicles, when there’s a chance electrical grids may be impacted by weather conditions. Full Self-Driving (FDS) beta tester, Chuck Cook, shared a message he received in his Tesla on Tuesday. “In the next 48 hours, a storm is forecast to make […]
Sarah Lee-Jones
13 hours ago