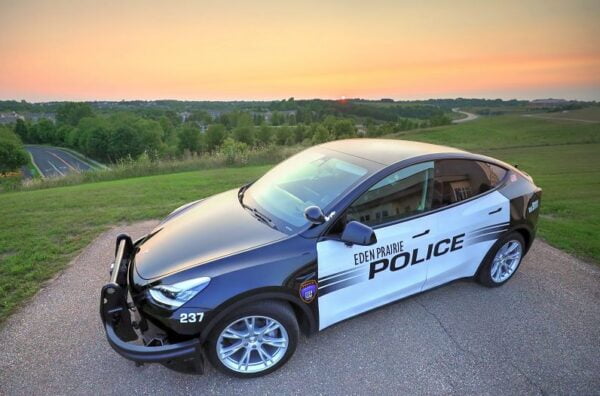 A number of police departments across the U.S. have received Tesla Model Y or Model 3 units in the past several months, and as electric cars grow in popularity among police, one Minnesota department has also decided to take the plunge into zero-emissions patrol cars.

The Eden Prairie Police Department in Minnesota has officially deployed a Tesla Model Y as a patrol car in the region, according to a press release on Thursday. The Model Y will be tested for 100,000 miles, as it’s evaluated by the department for performance.

Additionally, the move to an electric vehicle (EV) supports the city’s goal to reach carbon neutrality by 2050.

Eden Prairie Chief of Police Matt Sackett said, “The EPPD is excited to deploy our first fully electric patrol car this week, which will be used for traffic enforcement and various other patrol functions. Based on our research, as well as anecdotes from police departments across the country that have started using them, we anticipate a high level of performance and low maintenance costs from our Tesla Model Y.”

While the city uses a total of 129 light-duty passenger vehicles, they’re also already using two plug-in electric hybrids, and 10 regular hybrids across departments run by the municipal government. The Tesla Model Y is the first fully electric car deployed, likely with more to come in the years ahead.