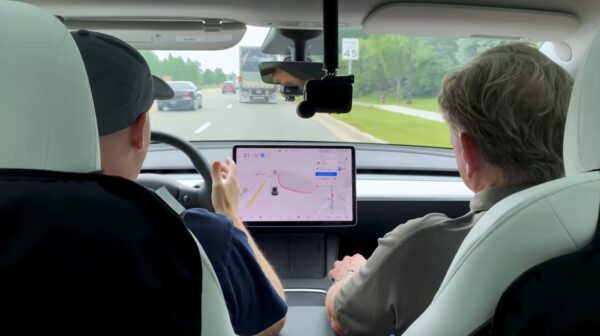 Autonomous driving has become a hot topic with the rise of Advanced Driver Assistance Systems (ADASs) like Tesla’s Autopilot, and while the company is still only operating a Level 2 autonomy in its vehicles, they are impressing fans with the recent Tesla Vision camera-based navigation systems.

On Monday Sandy Munro released a video alongside Chris from DirtyTesla, showing the newly-released Full Self-Driving (FSD) beta version 9 from Tesla, which was released just a few weeks ago. Munro is known for his teardowns and analysis of vehicles including those from Tesla.

The video shows how far the system has already come since its release, including examples like an unprotected left turn at more than 90 degrees, which the FSD system performs with just a small nudge on the gas pedal.

The Tesla FSD beta has traditionally struggled a bit with unprotected left turns, even before the company moved to stop using radar and elected to use only cameras.

While the FSD system performs exceptionally well on the highway, Chris mentions that downtown locations have become the most difficult situation for the AI with the recent update.