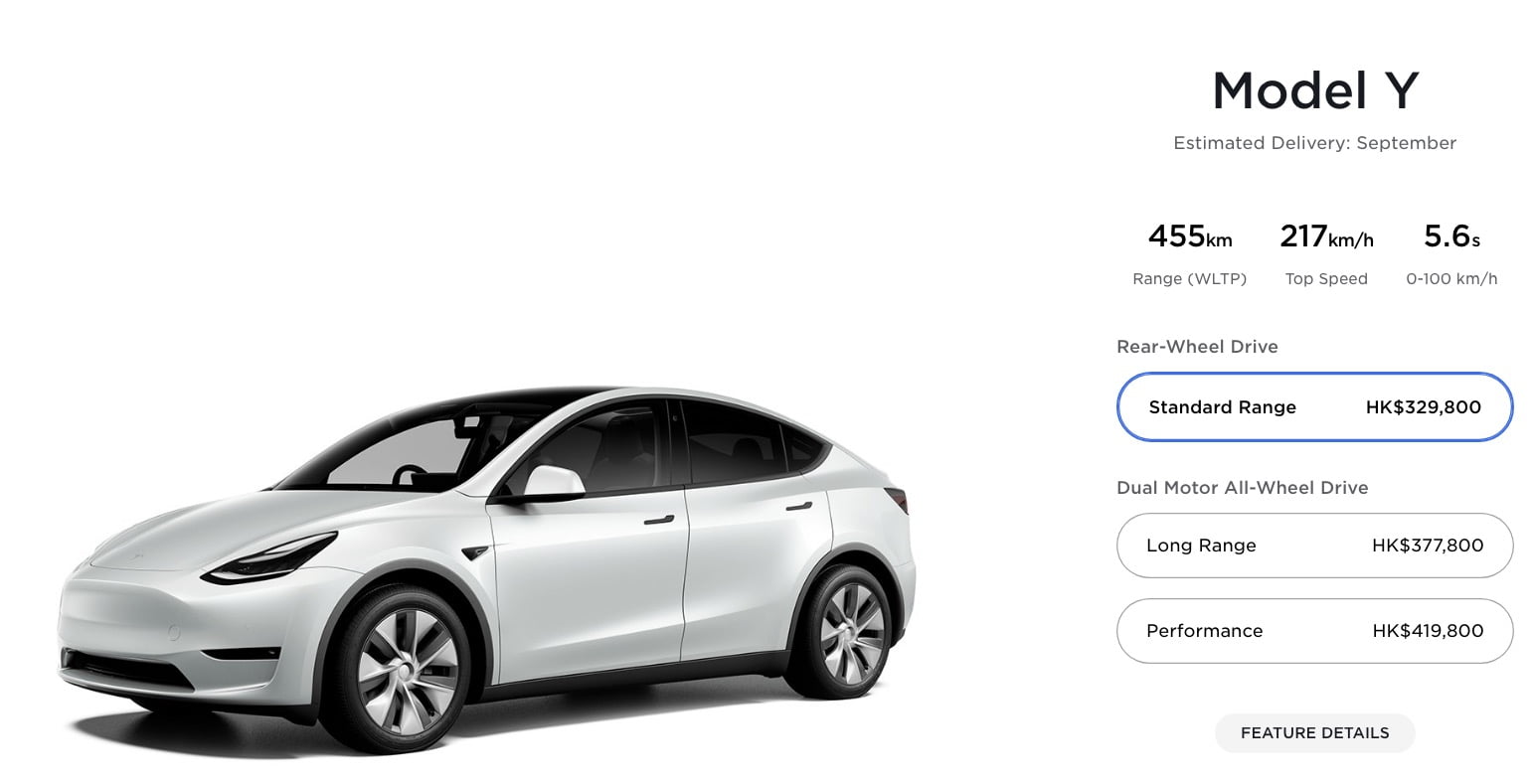 Following reports that the Tesla Model Y was set to become available to Hong Kong buyers on Friday, the company has stayed true to its word with the return of the Model Y to the region.

According to Tesla’s website, the Model Y Standard Range can now be purchased by Tesla buyers in Hong Kong, with the company’s online order configurator also adding Long-Range and Performance options.

News of Tesla launching Model Y sales in Hong Kong were revealed earlier this week in filings by the company.

The Tesla Model Y will reportedly also hit Europe in Q3 along with the Model S Plaid, in advance of Tesla’s completion of its Gigafactory Berlin – set to be finished by the end of this year.

According to data collected last year, Tesla’s Superchargers in Hong Kong have some of the most expensive charging rates in the world, though it isn’t clear how charging network expansion may have changed some of those prices in 2021.