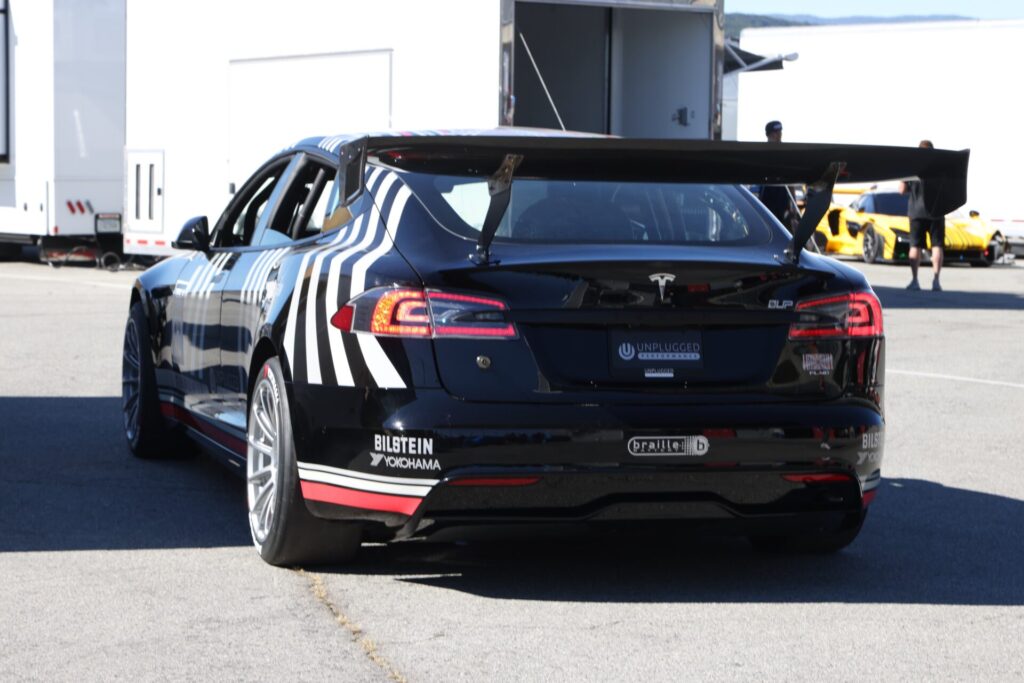 According to a tweet from Unplugged Performance (@UnpluggedTesla), the leading brand in bespoke, premium upgrades for Tesla vehicles has “purpose built” a Tesla Model S Plaid to feature as a race car at the Hypercar Invitational, currently underway at the Laguna Seca raceway in California.

The Model S Plaid only recently began deliveries at a special event held on Thursday, June 10, so it’s a marvel that Unplugged Performance was able to get a modified unit ready for the Hypercar Invitational, which began Friday, June 11, and will conclude later today. Clearly, the company has a working relationship with Tesla for early access to the Model S Plaid.

Then again, there have been reports of Tesla and Unplugged Performance collaborating for quite some time now, so there’s no telling how long this project has been in the works.

The Model S Plaid is the fastest ‘production car’ in history — the quiet-as-the-wind beast goes 0-60 in under 2 seconds, and holds the world record for fastest 1/4 mile time at 9.23 seconds at a top speed of 155 mph (250 km/h), so there aren’t many modifications outside heavy-duty brake pads, wheels, and enhanced aerodynamics that needs to be made to get it raceway-ready.

Admittedly, an invitational race chock-full of the fastest cars on the market is the perfect stomping ground for the Model S Plaid. Accompanying the modified Model S Plaid at the Hypercar Invitational is professional race car driver Randy “The Rocket” Pobst.

Here are additional images of the “purpose built” Model S Plaid shared to Twitter by The Kilowatts (@klwtts):

I believe this can fly! #Plaid #ModelS #Tesla #UnpluggedPerformance pic.twitter.com/HZ1qKB5Oaq