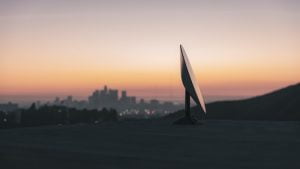 SpaceX’s low-Earth orbit (LEO) satellite internet constellation is coming together, and with over 500,000 orders already in the beta phase, the company is still not done yet.

According to Starlink’s Vice President and Commercial Sales Head, SpaceX is already in talks with “several” airlines about the prospect of providing onboard, in-flight WiFi, according to The Verge.

The move would expand the service, designed for rural and remote locations in particular, and with 1,800 satellites in its constellation and counting, could have major implications for the company’s future.

To a panel at the Connected Aviation Intelligence Summit on Wednesday, Starlink VP and Commercial Sales Head Jonathan Hofeller said, “We’re in talks with several of the airlines.” Hofeller continued, “We have our own aviation product in development… we’ve already done some demonstrations to date, and looking to get that product finalized to be put on aircraft in the very near future.”

This isn’t the first time the Starlink team has alluded to using the satellite internet aboard airplanes, however.

Last year, SpaceX tested Starlink aboard gulfstream jets, and Musk has cryptically referred to the growing network’s potential capabilities even before that.

In recent weeks, satellite internet company and Starlink rival Viasat asked the FCC to revoke Starlink’s government funding – a move we’re probably not likely to see pan out, given the company’s jump on the LEO internet market already.