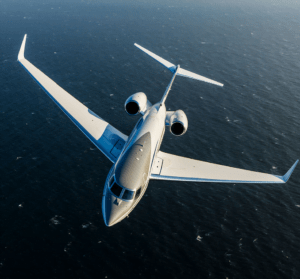 SpaceX has shared plans to expand Starlink testing by using a Gulfstream to connect with the network, as reported by CNBC. The plans were shared via a request to the Federal Communications Commission (FCC), in which SpaceX CEO Elon Musk asked if the company could add Starlink Terminals “on a Gulfstream for a period of up to two years.”

In the filing, SpaceX wrote, “SpaceX seeks experimental authority for operation of one user terminal aboard each of up to five private jets while they are (1) on the ground at an airport, and (2) in flight over the United States (including its territories and territorial waters).”

"In order to expand its assessment of the end-to-end capabilities of its satellite system, SpaceX seeks authority to test up to five user terminals electrically identical to those covered by its blanket license when mounted on a Gulfstream jet for a period of up to two years." pic.twitter.com/RLD0O5pic5

SpaceX also requested earlier in the year that the FCC grant them access to use its own ships – normally used for landing the company’s rocket boosters – though the request is still pending. Both FCC filings are part of a larger plan to create a completely interconnected internet network with the use of thousands of satellite in low-Earth orbit.

Starlink internet beta has reached outside of the United States, reaching Canada this week–click here to read a couple of early reviews.

Earlier this week, SpaceX successfully landed Crew Dragon on the International Space Station in its first official mission with NASA. Between Space missions and Starlink, SpaceX certainly has its hands full. The results of continued testing for its Starlink program will only help bring the technology to fruition a little bit faster.