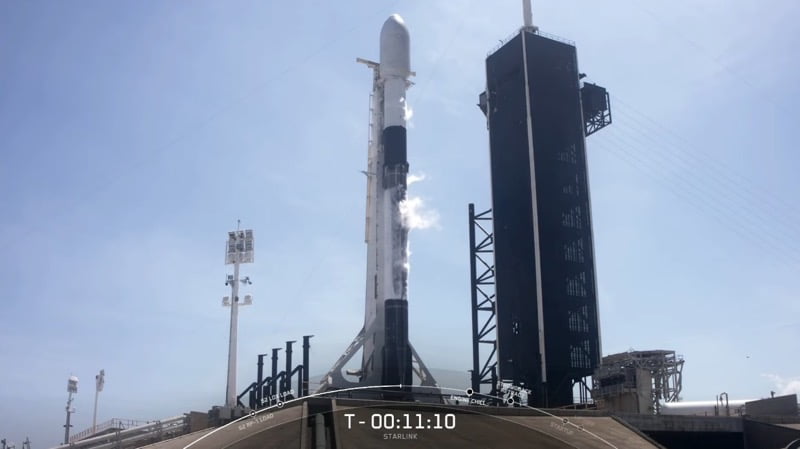 SpaceX on Tuesday afternoon successfully launched 60 more Starlink Satellites into orbit thanks to its Falcon 9 rocket. The company also announced it has now over half a million customers who have placed orders for Starlink or have put down a deposit.

Only limitation is high density of users in urban areas. Most likely, all of the initial 500k will receive service. More of a challenge when we get into the several million user range.

The launch took place at Launch Complex 39A (LC-39A) at Kennedy Space Center in Florida.

For Elon Musk’s company, this was the 10th Starlink mission of 2021 and 26th Starlink mission overall. This particular Falcon 9 rocket saw its ninth successful flight and landing, with the latter taking place on the droneship Of Course I Still Love You off the coast of Florida in the Atlantic Ocean.

Check out the launch below and also the landing of the Falcon 9, named after the Millennium Falcon from Star Wars, but at twice the height and the number 9 representing the number of Merlin 1D engines powering the rocket:

Falcon 9’s first stage has landed on the Of Course I Still Love You droneship – the 9th landing of this booster pic.twitter.com/wzPjMsu2z3

Right now, the second stage is still travelling to its drop off destination for Starlink’s satellites, before the latter batch of 60 are deployed and make their way to final service areas. Starlink is the world’s largest satellite constellation.

SpaceX says today’s Falcon 9 landing was the 82nd successful recovery of an orbital class rocket and also the 115th launch of a Falcon 9.

So far in 2021 SpaceX has seen 16 launches, including three high altitude test launches of its Starship prototype, plus a NASA mission sending humans to the International Space Station.

Starlink internet currently is available in Australia, New Zealand, Mexico and the U.S. and Canada, but global coverage is slated for later this year. Anyone can sign up now by going to Starlink.com