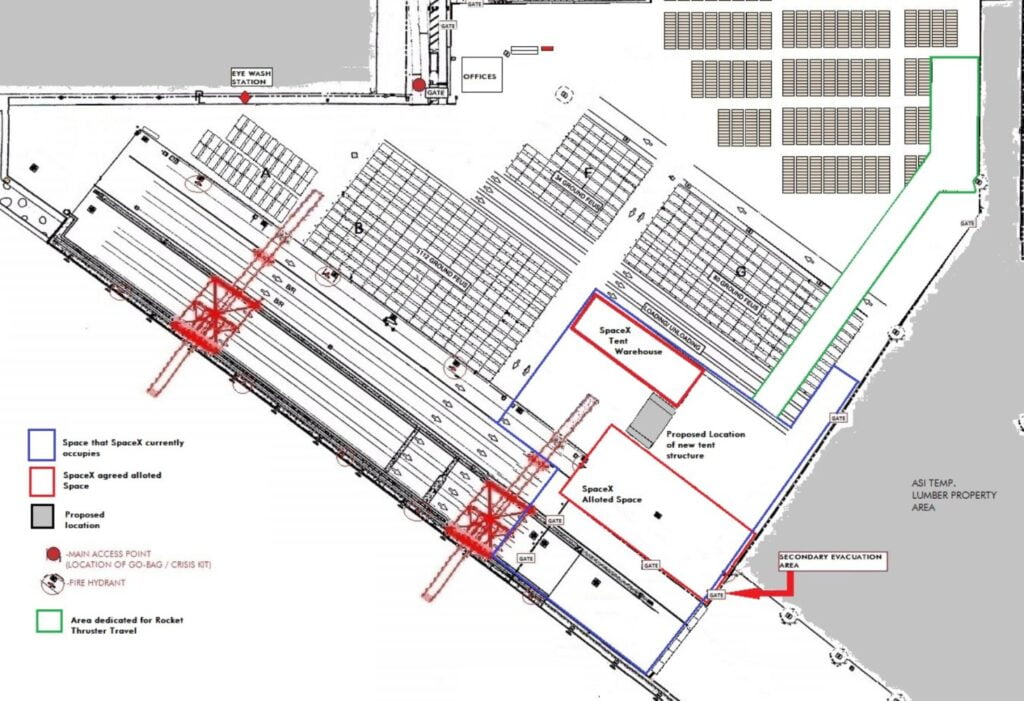 According to Space Explored, SpaceX is expanding its presence at Port Canaveral in Florida by erecting a new tent structure in the space it currently occupies at the facility. The proposed structure has been detailed in permits filed with the Canaveral Port Authority (CPA).

According to a side-view of the new tent SpaceX provided to the CPA, the structure will consist of Sea Van containers stacked two-high on each side to act as walls, along with a canopy built on top of them. 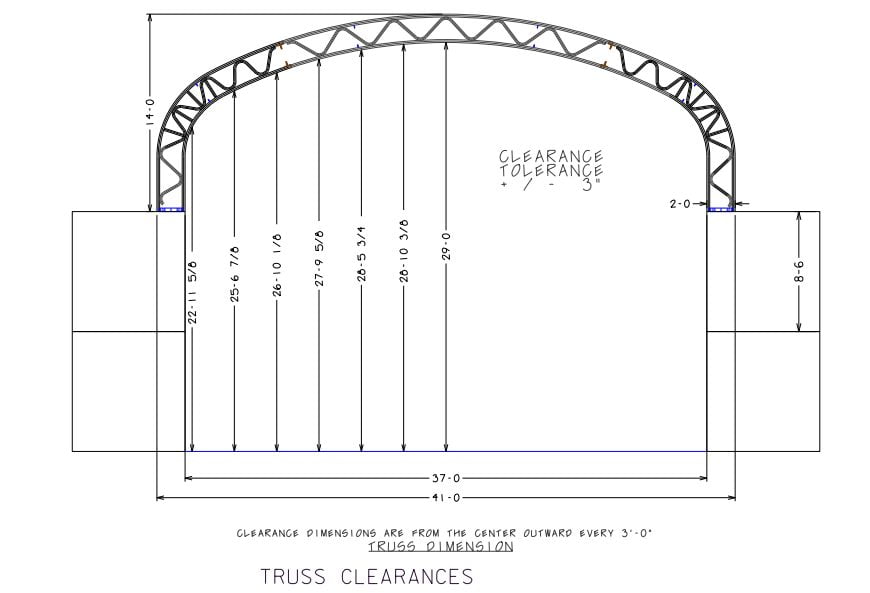 Going by the permits, the proposed structure appears to be a 40′ square. What SpaceX will use the new structure for, however, wasn’t detailed in the permits and currently remains unknown.

It’s safe to say that the company probably plans storing equipment at the new tent, and the structure could even serve as an extension to SpaceX’s Fairing Storage Tent at the port.

Last week, SpaceX deployed another 60 Starlink satellites into orbit in what was the 100th consecutive successful launch for its Falcon 9 boosters. The same launch also marked the fifth time SpaceX reused one of its rocket fairings — an industry record.

NASA and SpaceX have scheduled their Crew-5 mission to the International Space Station (ISS) to lift off from Launch Complex 39A at NASA’s Kennedy Space Center in Florida on Monday, October 3. Our next @Commercial_Crew launch to the @Space_Station is scheduled to lift off from @NASA_Kennedy no earlier than Monday, Oct. 3. Get the details […]
Nehal Malik
3 hours ago

SpaceX’s Starlink internet service is now serving schools located in the Amazon Rainforest, connecting institutes located in the region of the Amazon that falls under Brazil to the rest of the world via satellite. Company CEO Elon Musk highlighted the accomplishment on Thursday when he shared a tweet from Brazilian Minister of Communications Fábio Faria […]
Nehal Malik
20 hours ago