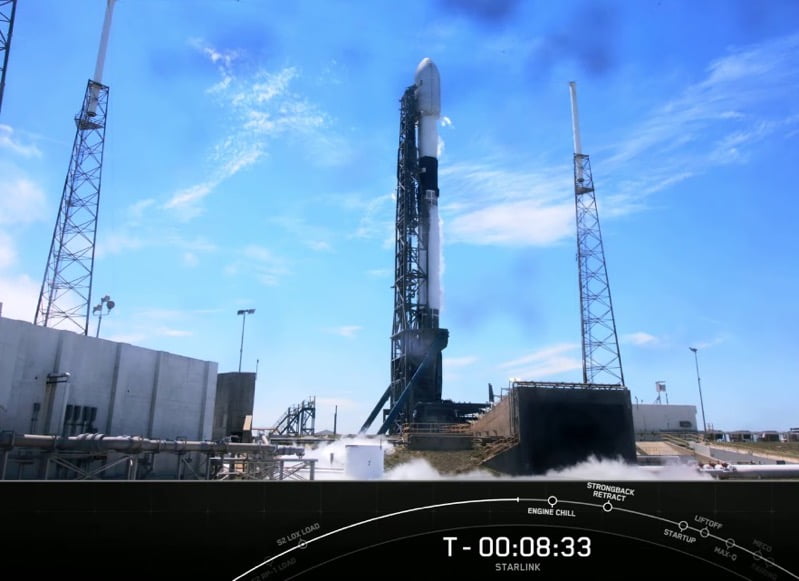 SpaceX on Wednesday launched another 60 Starlink satellites into orbit, setting yet another milestone for the company.

Today’s launch marked the 100th consecutive for SpaceX’s Falcon 9 booster, and also marked the 16th launch of 2021. The cadence of SpaceX has been an impressive one rocket launch every nine days. This was the sixth launch in the last 33 days, marking once every five days, as noted by @SciGuySpace.

Starlink satellite internet is now also available in Belgium and the Netherlands, with SpaceX again highlighting over 500,000 people have ordered or placed deposits for an order.

Check out the full replay below from earlier today:

The next Falcon 9 launch is expected to take place next week on June 3, when the Dragon CRS-2 SpX-22 mission will bring supplies to the International Space Station.

SpaceX has launched Starshield, a new, secured satellite service geared toward government entities and national security applications. It sounds kind of like Starlink, but for the government instead of regular consumers and capable of more than just providing an internet connection. “Starshield leverages SpaceX’s Starlink technology and launch capability to support national security efforts. While Starlink […]
Nehal Malik
2 days ago

In early November, SpaceX announced a new Fair Use policy for its Residential customers in the US and Canada, along with all Business and Maritime customers. The new policy was set to begin in December 2022, but now SpaceX has delayed the policy, according to an update on its website. The plan would offer up […]
Sarah Lee-Jones
3 days ago