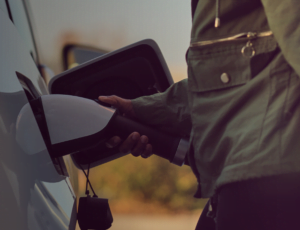 The Canadian government has been working hard to start building a zero-emissions future in recent months, through both rebates and incentives for electric vehicle (EV) buyers, as well as through the expansion of an EV fast-charging network.

On Wednesday, Minister of Natural Resources Seamus O’Regan Jr. announced plans for a $50,000 (CAD) investment into a fast-charger station in North Vancouver, British Columbia, as funded by Canada’s EV and Alternative Fuel Infrastructure Deployment Initiative, according to a press release. The fast charger is will be available to the public and gives drivers easy access to the TransCanada highway.

O’Regan Jr. said, “Canadians want greener options to get to where they need to go. We’re making EVs more affordable and charging infrastructure readily available, allowing Canadians to be in the driver’s seat on the road to a net-zero future.”

Alongside the investment, which is expected to help consumers adopt EVs on a mainstream level, the City of North Vancouver and the Government of British Columbia helped fund the project, with the total cost amounting to $140,000 (CAD).

Other initiatives announced by Canada on Wednesday:

Canada’s federal government has been very forward with EV initiatives and has invested more than $600 million total into EV charging, rebate, and incentive projects, all the help the population move towards zero-emission vehicles.

For the first time ever, late-model used electric vehicles (EVs) held their value better than the automotive market as a whole this year, albeit for a brief period — reports Automotive News. Alex Yurchenko, chief data science officer at Black Book, said this was spurred on in part by higher gasoline prices. However, electric models’ […]
Nehal Malik
11 hours ago

NIO founder, chairman, and CEO William Li said on Saturday that the electric vehicle (EV) maker is making good progress on its smartphone project and teased that the first model could launch within a year (via CnEVPost). Li said back in March that the company started looking into phone manufacturing after customers expressed interest in […]
Nehal Malik
1 week ago