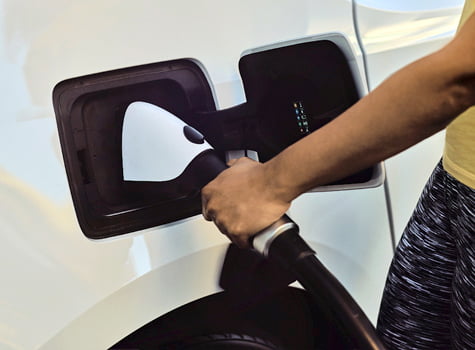 In a year riddled with the COVID-19 pandemic and subsequent restrictions, mass layoffs, and a general economic downturn, vehicle registrations fell overall in most regions, including Canada, according to a new report.

Canada Registers 14,280 Battery Electric Vehicles in First Half of 2020 https://t.co/eJmVRqwyKX

Despite the drop in new ZEV sales, the reduction is right in line with the overall auto market, and it also marks the country’s third consecutive year of declining new motor vehicle sales.

A battery electric vehicle, for example, is a Tesla, Nissan Leaf or Chevy Bolt, for example.

The vast majority of new ZEVs were also registered in the third and fourth quarters, with 17,299 and 15,928 registrations, respectively. This perhaps signifies the initial financial impact of the COVID-19 pandemic, which forced businesses to begin closing and laying off employees in March and April.

Amongst the larger world, one Canadian province actually led the uptick in North America’s ZEVs in 2020, emphasizing that the difference between the huge drop in the overall auto market and the very subtle drop in the EV market is significant.

The Tesla Model 3 and Model Y were the top-selling EV models in Canada throughout 2020, with the Plugin Hybrid EV (PHEV) Toyota Prius taking the country’s third spot.