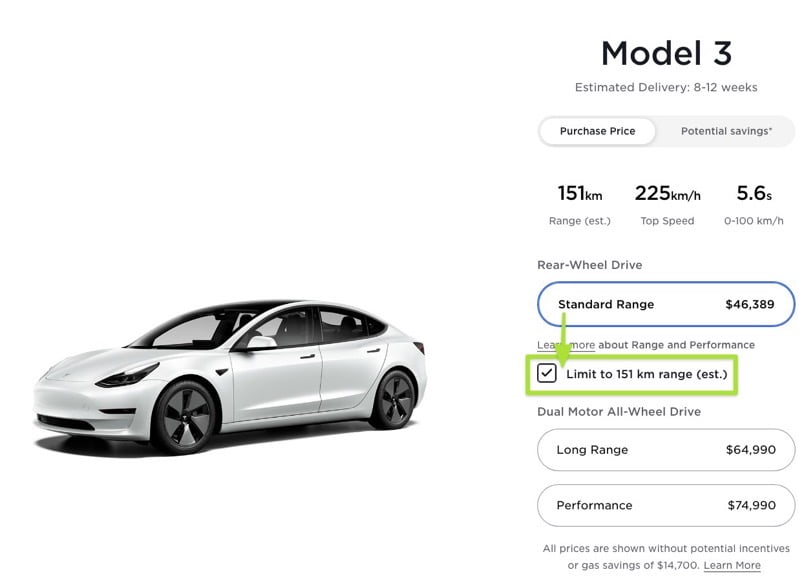 The company has long let Canadians order this Standard Range version via telephone, to meet the requirements of the federal government’s iZEV $5,000 CAD rebate program.

The change was spotted by u/Alpha_Stream on Reddit on Thursday evening.

Now, we wouldn’t recommend anyone to order this Model 3, given its limited range, which would be cut considerably even shorter in a Canadian winter.

Earlier tonight, Tesla raised the prices of its Model 3 and Model Y in the U.S., while the Model 3 sedan now has a matching door trim interior, like those made at Giga Shanghai in China.