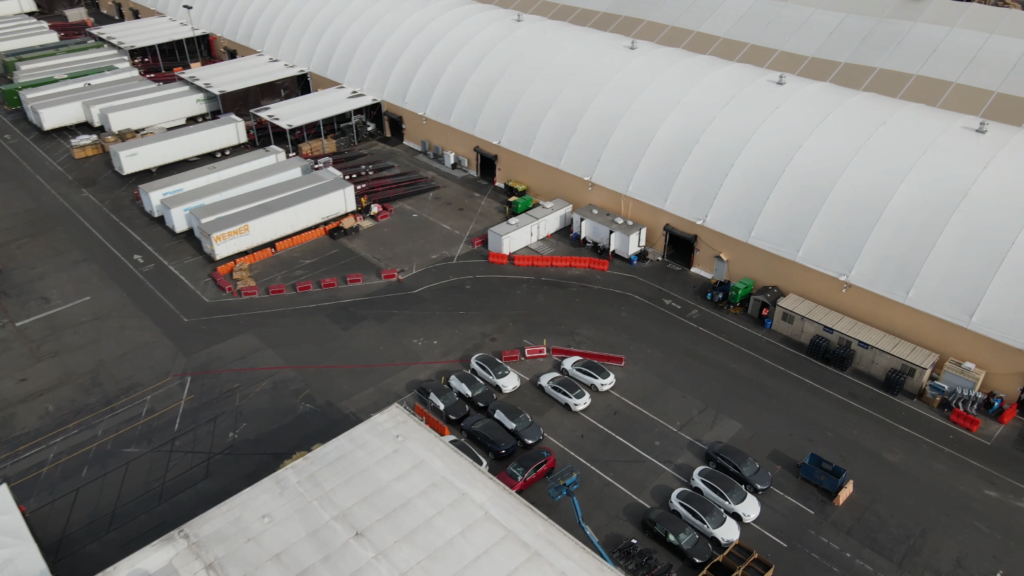 Gabeincal has provided us with yet another bird’s eye view of Tesla’s Fremont factory in California, in a recently published flyover on YouTube on Saturday.

Tesla CEO Elon Musk talked about increasing Model S/X production at the Fremont factory in a company-wide email earlier in the year, and it looks like the factory is gearing up for exactly that.

During the flyover, two fleets of Tesla vehicles largely made up of Model S units can be seen, presumably in waiting for drive testing and final calibrations as they were not situated in the factory’s parking area for vehicles that are ready to be shipped out.

In addition to the Model S fleets, the flyover also showcases the Gigapress now working at peak capacity after last month’s unfortunate incident, along with some substantial transformative work going on at the facility.

While the flyover covered most of the Fremont factory and its north side as well, the previously mentioned parking area with vehicles that are ready for shipment was notably missing.

Tesla reported record-breaking Q1 2021 vehicle production and delivery numbers on Friday, an impressive feat for a normally slow time of the year. Add in the fact this was achieved with the Model S/X lines paused for refresh models, and a couple of days of shutdowns due to a parts shortage, Tesla has shown strong momentum in the first quarter of the year.

Tesla has launched a sunshade for the Model S refresh (2021+) in its online shop, priced at $120 USD. “Constructed from lightweight mesh fabric with a collapsible rigid frame, the Model S Glass Roof Sunshade blocks 66 percent of luminous transmittance. Easily removable, the sunshade is installed onto the interior of the glass roof with […]
Sarah Lee-Jones
3 days ago