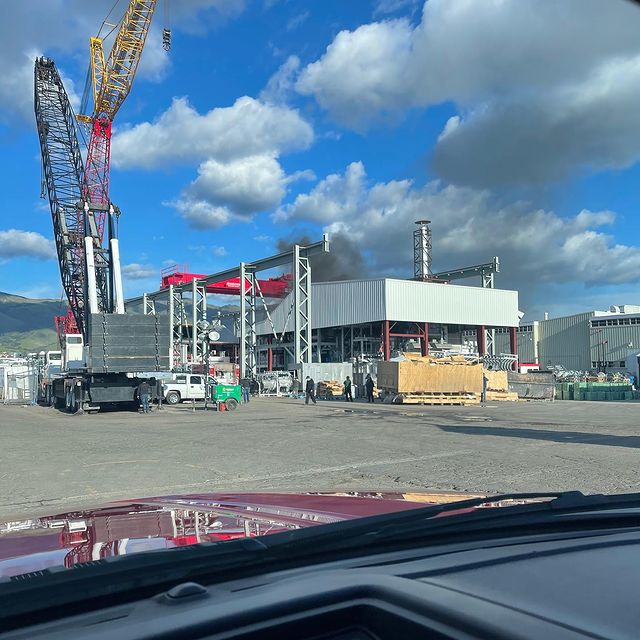 A fire broke out at Tesla’s Fremont factory, as one of the company’s giant stamping machines, or Giga Press, caught on fire on Thursday afternoon.

The fire required the Tesla Fire Response Team to seek help from Fremont firefighters, who responded to the fire at 4:27pm.

The fire was outside and was contained to the Giga Press, in which Fremont firefighters called a “deep-seated fire”.

The fire department says the case of the blaze was “molten aluminum and hydraulic fluid. Hydraulic fluid was identified as the source of the fire. ”

Firefighters are responding to a fire at the Tesla Fremont Factory https://t.co/jZI5JZrXnV

So far, no injuries have been reported from the incident. By 7pm, all Fremont fire crews were released from the scene and the Tesla Fire Response Team continued to monitor the scene.

With one Giga Press out of commission due to fire, it will take Tesla some time to clean up the scene and start production again. It’s unclear how this will affect current assembly and production but one would think there might be a delay of some sort.

As electric vehicles (EVs) continue to gain steam across worldwide markets, one European country known for early adoption of zero-tailpipe-emission vehicles has just reached a new record for single-day deliveries from Tesla. Tesla set a new daily record with 297 vehicles delivered to Norway in one day with Model Y cars from Giga Berlin, as […]
Peter McGuthrie
20 hours ago

Tesla adjusted its Supercharger pricing in Germany and some other European countries again, this time raising prices by six to nine cents per kilowatt-hour at each station, reports @Tesla_Adri, sharing screenshots from @ModelXOlli. Along with the news, Tesla Adri also shared screenshots of the Hilden Supercharger preview on the Tesla mobile app before and after […]
Peter McGuthrie
21 hours ago