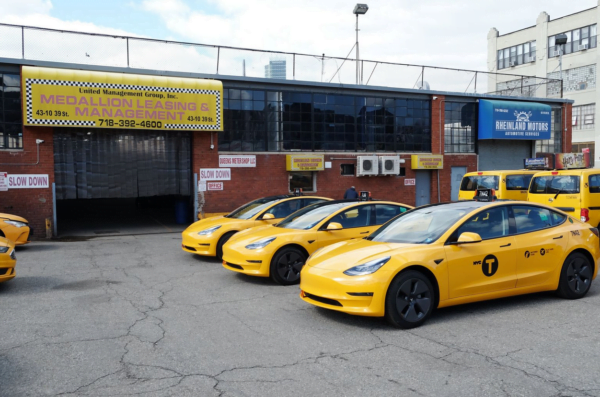 In a post on Linkedin last week (via Electrek), Savas Tsitiridis, the president of United Taxi Management NY, shared pictures of the previously reported Tesla Taxi in New York City.

But this time, we see four more Tesla Model 3 taxis amongst the rest of the fleet – which is owned by vehicle leasing company Drive Sally, as the electric cab fleet has now expanded.

The first Tesla Model 3 Taxi has been in operation for several months now, and it even completed its 100th trip as early as November. Originally, the company brought the single Model 3 Taxi in to charge at night, later noting that with a larger EV fleet, the company could also use a staggered shift model to keep their taxis on the road for longer.

While New York’s taxis are still using human drivers, Loup Ventures, along with many experts, has predicted the use of Tesla’s Full Self-Driving (FSD) technology to someday create Tesla’s own Robo-taxi service, which could substantially increase and diversify the company’s revenue – without sacrificing the wages which would normally be paid to a human driver.

Last November, California approved Robo-taxis to operate in the state, but there’s still a long way to go before it becomes a reality in California. 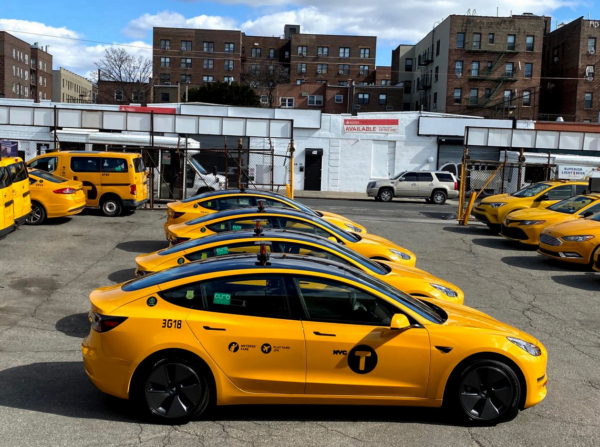 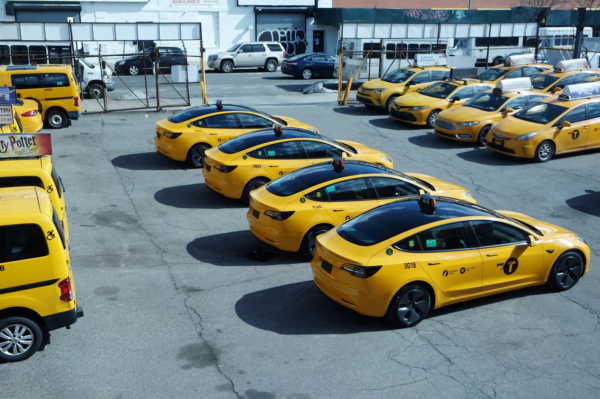 A 30-foot long, 12,000 lb metal sculpture featuring Elon Musk’s face atop the body of a goat riding a rocket has been spotted on the streets of Austin, Texas (via Fox Business). The statue was commissioned by a group of cryptocurrency enthusiasts who created a project called the “Elon Goat Token.” They wanted the sculpture […]
Nehal Malik
9 hours ago

Tesla CEO Elon Musk said on Saturday that the company has successfully completed its first 500-mile test drive of a Semi truck with a full load. With its haul, Musk noted that the vehicle weighed in at a whopping 81,000 lbs (or 40.5 tons). Tesla team just completed a 500 mile drive with a Tesla […]
Nehal Malik
12 hours ago