Tesla Decanter Now Available for Purchase in Europe and China 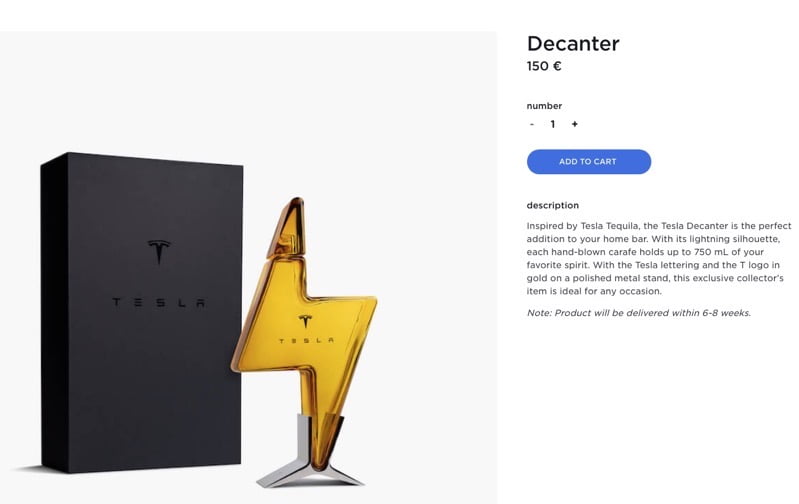 Tesla has launched the ‘Tesla Decanter’ for purchase, which is the company’s Tesla Tequila bottle, but without any liquor inside.

“Inspired by Tesla Tequila, the Tesla Decanter is the perfect addition to your home bar. With its lightning silhouette, each hand-blown carafe holds up to 750 mL of your favorite spirit. With the Tesla lettering and the T logo in gold on a polished metal stand, this exclusive collector’s item is ideal for any occasion,” says Tesla.

The launch of the Tesla Decanter follows up on Elon Musk’s previous announcement fans would be able to buy the lightning bottle and shot glasses worldwide. Why not Tesla Tequila worldwide? Musk said there are “too many rules around liquor distribution.”