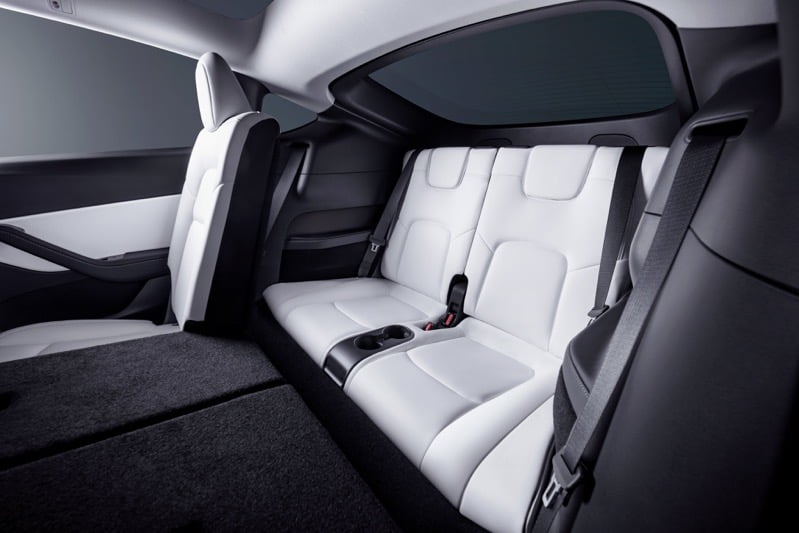 Eric shared the images on Sunday, saying “You can fit two car seats in the 3rd row of the Model Y,” followed by images of two Diono Radian R100 car seats sitting in the very back, side by side in his new electric compact crossover. 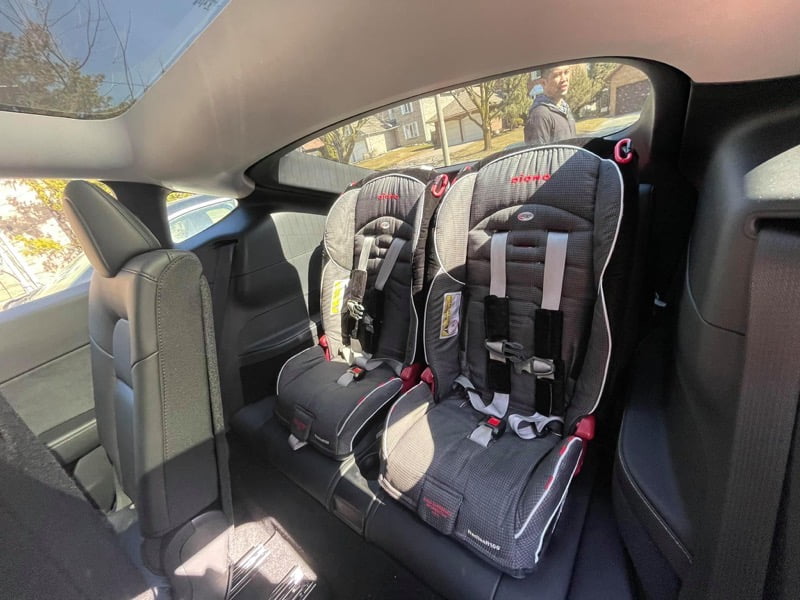 Images were also shared of Eric’s two young children sitting in the car seats as well: 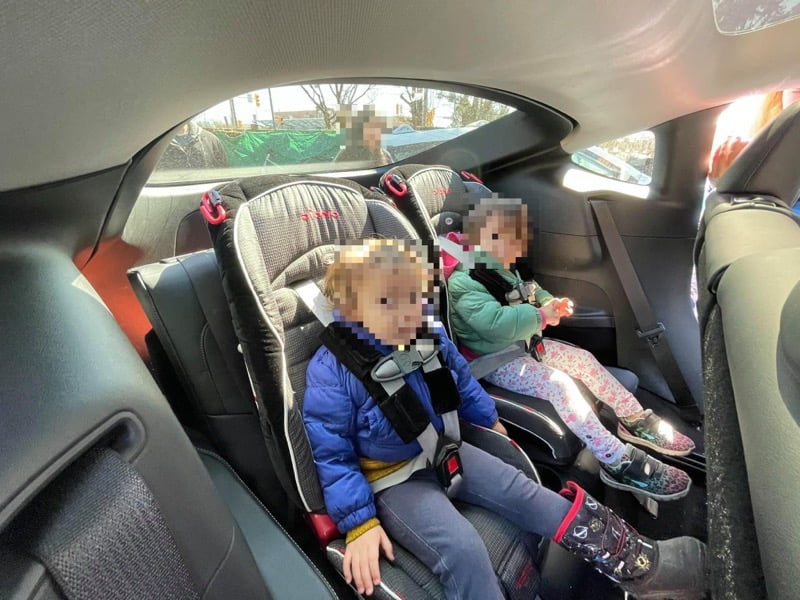 As for access for strapping the kids in and out, Eric says “It’s a pretty tight squeeze for me but manageable.”

Despite the third row being stationary, Eric said “the middle row needs to be moved up a bit. Everyone gets a bit less legroom. It’s not a big deal for short trips. I wouldn’t do a long road trip with 7 people. There’s not a lot of storage room left when you fill all the seats. But we still managed to fit a double stroller and three child scooters.”

Of course, a debate ensued about the safety aspects of putting kids in the third row, in the event of a rear-end collision.

A firefighter named Randy chimed in to share his thoughts about attending accidents where cars get rear-ended. He shared an image of an RDX that was rear-ended, with the latter having a safety rating “next to a Tesla”. 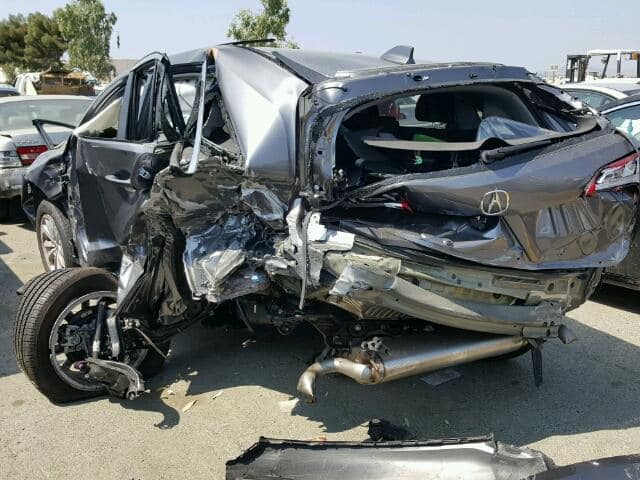 “2020 RDX with the highest safety rating next to a Tesla. Again after attending accidents as a first responder, I would not put my child in a 3rd row that doesn’t have a buffer zone,” said Randy.

“I was at [an] accident with a Tesla X that was rear ended by a pickup at 120km/h, and the back row (after the truck went through the trunk) were transported with substantial injuries. Do with that info as you please, I’m not here to argue, just present facts,” he said.

“At its core, in the event of a collision, Model Y is engineered to distribute crash forces around the cabin and away from vehicle occupants, greatly reducing the risk of injury. Our front and rear crumple zones and optimized side structures enable Model Y to manage crash energy very efficiently, reducing accelerations on the vehicle and, more critically, its occupants,” said Tesla at the time.