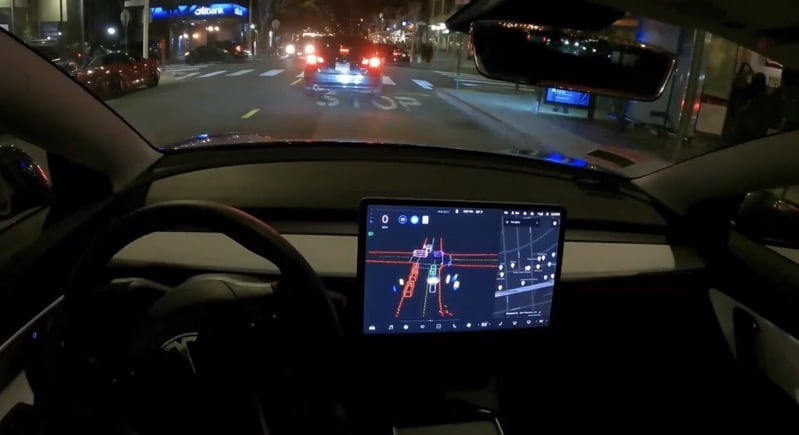 Last week, Tesla CEO Elon Musk said a new ‘download beta’ button would be arriving by the end of this week along with Full-Self Driving beta version 8.3, expanding the beta trial to more testers.

But on Friday night, Musk clarified the new ‘download beta’ button won’t be arriving as he intended anymore, but rather he was ‘hoping’ to debut it next month, meaning now April. Chalk this up as another case of ‘Elon time’ again.

“Given significant architectural changes, including fundamental improvements to pure vision, there is limited value to testing 8.x. Hoping to upload V9.0 & button next month,” said Musk.

Given significant architectural changes, including fundamental improvements to pure vision, there is limited value to testing 8.x. Hoping to upload V9.0 & button next month.

Last night, Musk also replied to @WholeMarsBlog in an email and explained, “it is definitely going to be superhuman without any hardware changes,” referring to those who believe Tesla vehicles need more hardware, such as lidar.

for all the people who think Tesla needs to add more hardware / lidar / etc pic.twitter.com/BdDS7WIaO5

While Tesla continues to take its time to release and test its Full Self-Driving beta–and rightly so–many investors such as ARK Invest are bullish on the company’s autonomous efforts. Yesterday, ARK Invest released a new price target, noting Tesla could reach up to $4,000 per share (post 5-for-1 split) by 2025, in a bull case scenario.