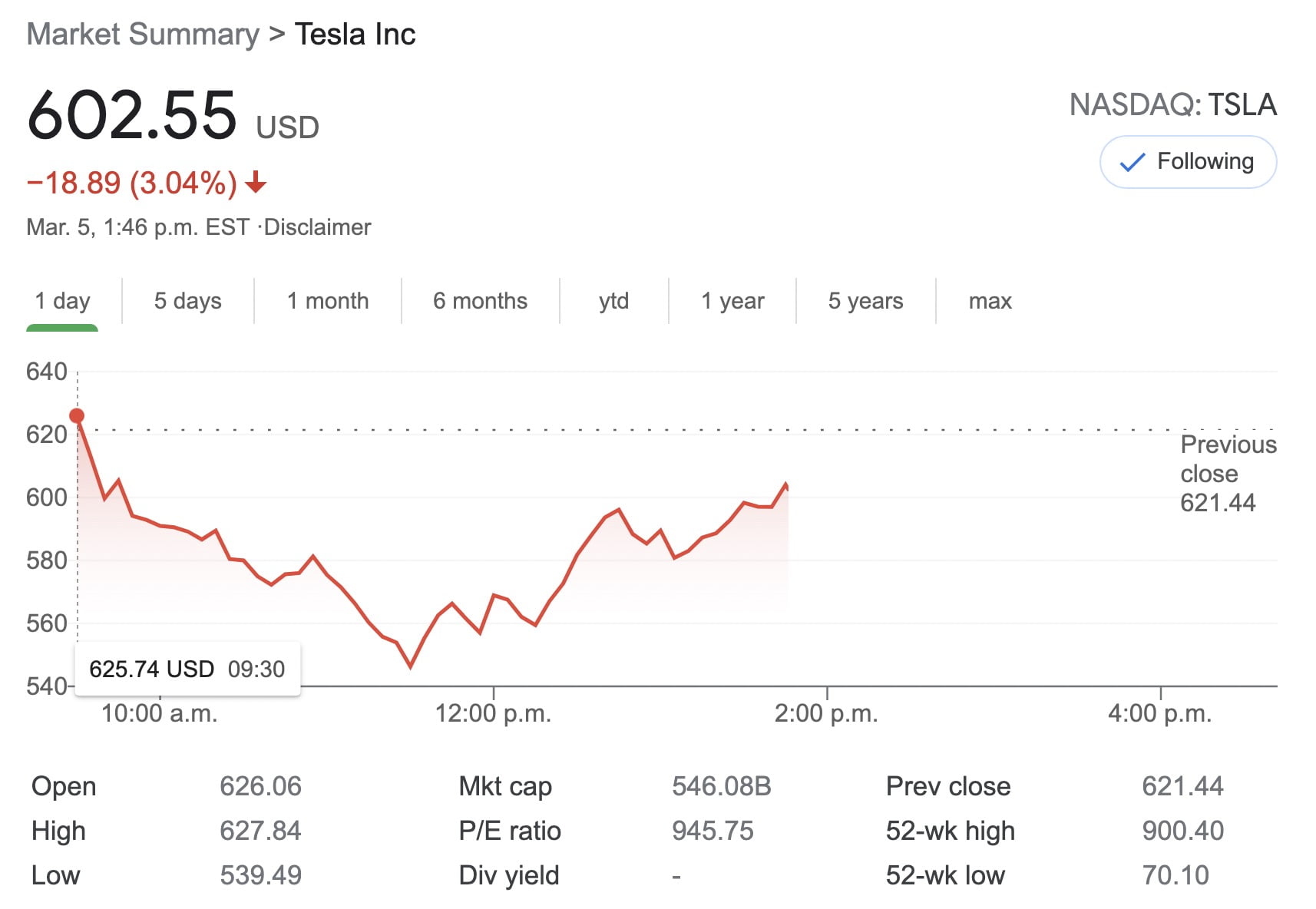 Tesla (TSLA) has had a stellar couple of years, to be sure, but with high valuations also come the potential for big drop-offs.

According to a new update from Fortune, Tesla has set a record for the largest drop in a six-week period, with the company’s valuation dropping rapidly from its peak in late January from $849 billion (USD) to just $544 billion Friday – a decrease in value worth $305 billion.

“Musk just achieved a new financial first––for the stock losing the most value ever in a brief period. Since that late January peak, Tesla’s valuation has cratered by 36%, dropping by $305 billion to $544 billion at mid-morning on March 5, as its shares tumbled from $883 to $566. No company in the annals of equity markets has ever dropped on a scale remotely that big in just five and a half weeks,” reports Fortune.

Overall, Tesla’s drop in valuation represents a 34% decline, which means the company would need to reclaim 56% of its losses to reach its January peak once again.

The drop also illustrates something a number of experts have hinted at during Tesla’s growth: the company’s volatility and general uncertainty of valuation make it difficult to even fathom an accurate valuation, without having to jump through a number of mental hoops.

The fact is that Tesla’s business is the first of its kind, and it’s tough to say what they’re worth. But with improved autonomous driving, robotaxis, and massive subscription-based revenue incoming, the company may be able to reclaim its high stature, even if not for some time.

While it’s probably not the type of record the company is used to setting after climbing the heavily gate-kept auto market ladder over the past few years, it is worth noting that Tesla’s more than $300 billion in lost value exceeds the market capitalization for the S&P 500’s 16 most valuable companies. This drop also represents over twice the amount of fellow the combined market caps of fellow automakers Ford and General Motors (GM).