Tesla appears to have updated its Model Y production timeline in Germany, according to the electric vehicle maker’s website.

The Tesla website in Germany is now showing a production timeline of “mid-2021”, whereas previously it was only showing just “2021” for the compact crossover SUV, according to Reddit.

While the production date is showing “mid-2021” for the Dual Motor All-Wheel Drive Long Range Model Y, there is still no timeline for the Performance version.

A Google Translate of Tesla’s German website says, “production is expected to start in mid-2021”, which would most likely result in fall deliveries. 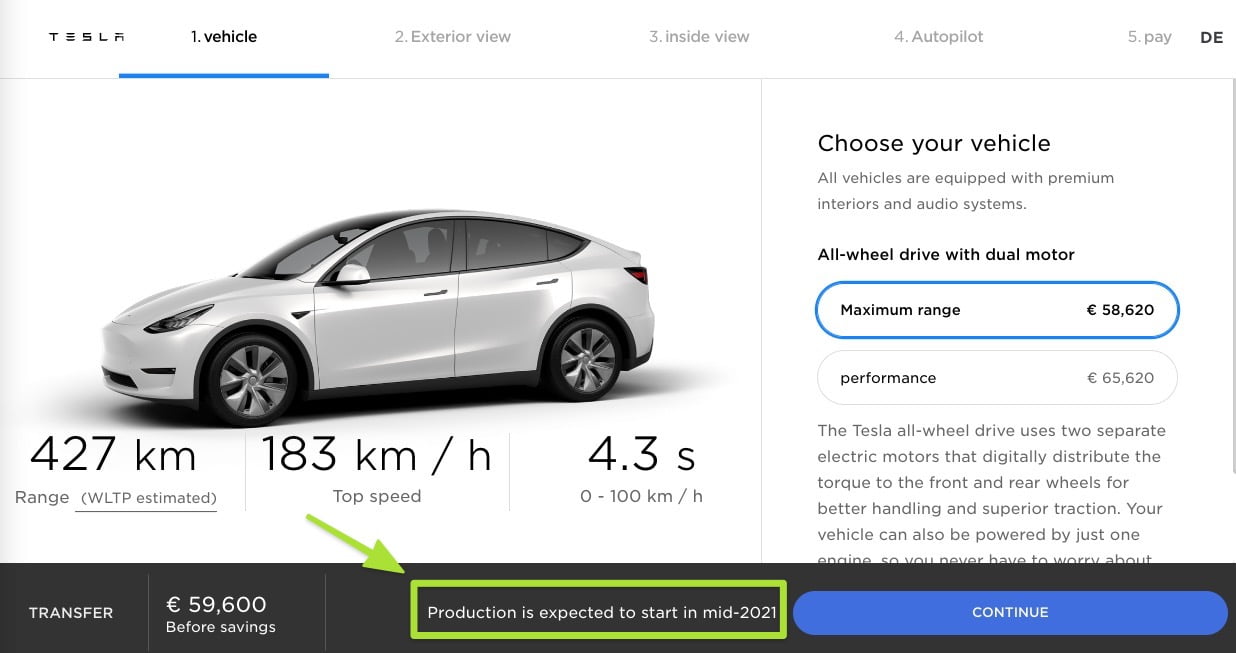 As for pricing, it’s unclear if the prices on Tesla’s German website have been finalized yet. The Long Range Model Y is listed at $58,620 Euro ($70,593 USD) and the Performance starts at $65,620 Euro ($79,022 USD). When Tesla launched Model Y sales in China last month, the debut prices were lower than the website’s previous placeholder amounts.

Electric vehicles (EVs) are becoming more popular in Europe with each passing quarter, and a new milestone has been reached with one of Tesla’s EVs at the forefront. The Tesla Model Y led Europe’s EV sales year to date through August, with 7,011 units of the electric SUV sold in the month, according to CleanTechnica. […]
Peter McGuthrie
7 hours ago