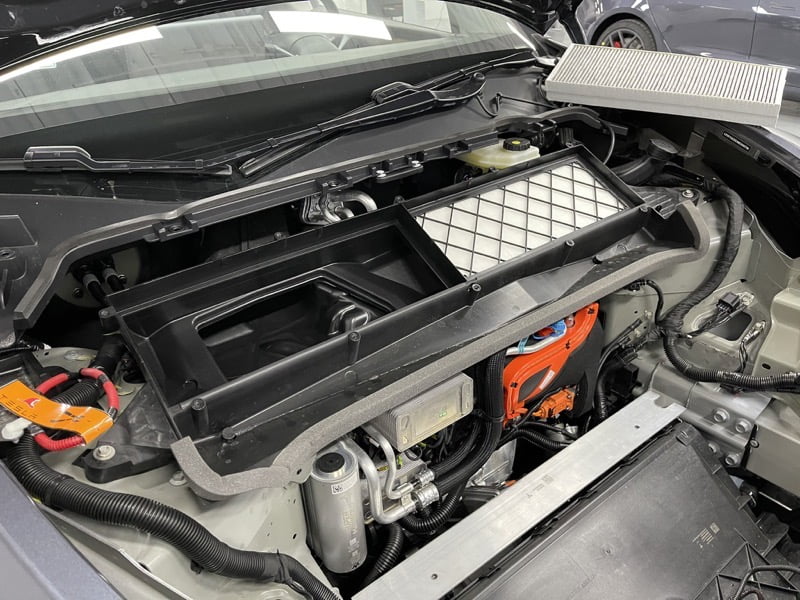 The Tesla Model Y in China has an exclusive HEPA air filter to support Bioweapon Defense Mode. Now, we are finally seeing some more pictures about the HEPA filter in the Chinese Model Y.

The image above shared by @xioateshushu shows the Model Y HEPA filter setup, which has what appears to be a carbon filter on top of a the HEPA itself. The two layer setup means the HEPA’s life can be prolonged, as the carbon filter can help mitigate some polluted air first.

Next, a video shared on bilibili in China details the Model Y HEPA filter in-depth. We see the two-layer setup with the carbon filters on top, then the HEPA underneath: 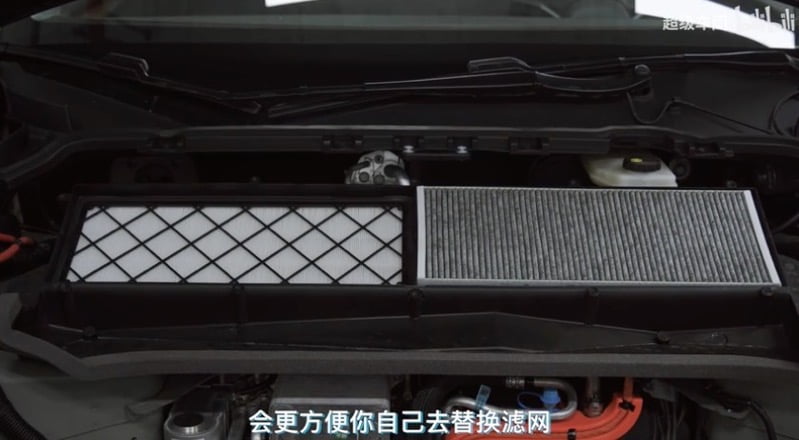 The video producers also test the Model Y HEPA filter against the Model 3 Performance, which has just regular air filters. By blowing cigarette smoke into the filters, you can see the HEPA does a significantly better job based on PM2.5 recordings.

According to Blissair, “PM2.5 refers to atmospheric particulate matter (PM) that have a diameter of less than 2.5 micrometers, which is about 3% the diameter of a human hair.”

The Model 3 without HEPA shows PM2.5 levels of 421 when cigarette smoke is blown from outside the vehicle, a hazardous score on the Air Quality Index.

Meanwhile, Model Y with the HEPA filter shows PM2.5 levels of 29, which is defined as good air quality on Air Quality Index. This is Bioweapon Defense Mode in action, a feature also available on Model S and Model X. 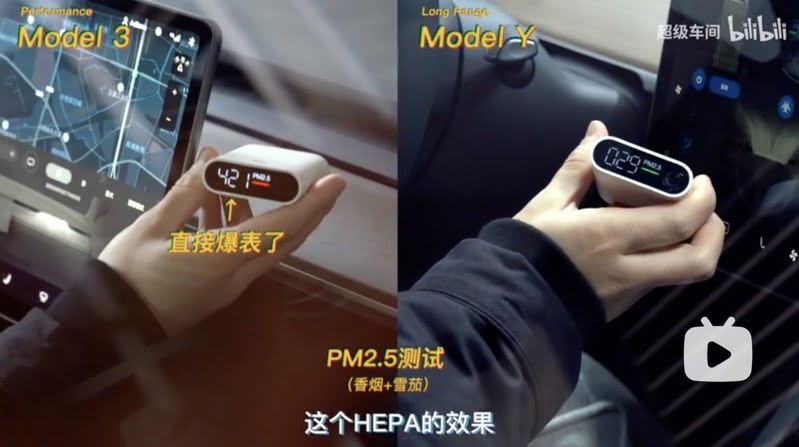 We first saw pictures of the Tesla Model Y HEPA filter earlier in January, but the actual filter and layered setup was never revealed, until now it appears. It’s only a matter of time before the HEPA filter makes its way to the Model Y in the United States, plus also the Model 3.

The Tesla Model Y earned the title of News AU‘s 2022 Car of the Year, following testing of eight different gas and electric vehicles on Australian roads. The outlet notes the Model Y’s 450km driving range, its roomy cabin compared to gas cars, its brisk acceleration and its sharp steering as a few of the […]
Peter McGuthrie
18 hours ago