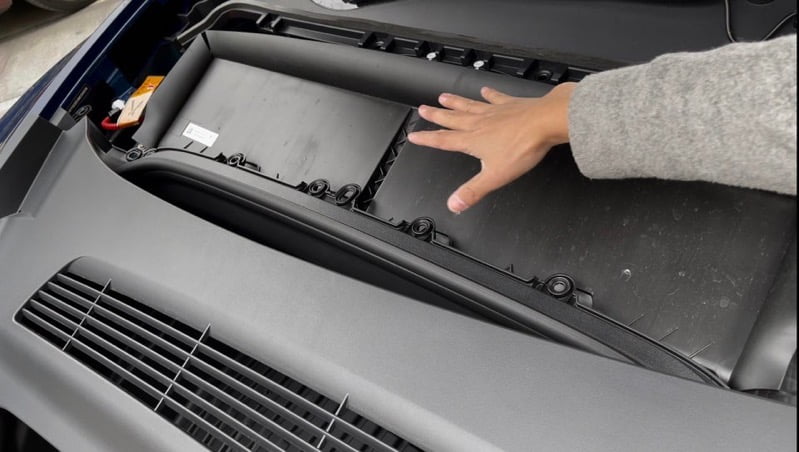 Tesla launched Model Y sales in China on New Year’s day, offering some exclusive features for the SUV in the country, including a new HEPA filter and Bioweapon Defense Mode, and more.

A picture of the new HEPA filter in the Shanghai-made Model Y has now been revealed, thanks to a post on Reddit by u/xiaoteshushu.

“Model Y HEPA filter, seems like as big as Model X,” said the user. The photo of the HEPA filter sits above the front trunk (frunk) of the Model Y, easily accessible by popping the hood. Previous filters need to be changed by going through the interior underneath the glove box area, a difficult to reach area.

The Model Y frunk remains the same, even with this new HEPA filter. Given the large size of this HEPA filter in the Model Y, it does not appear a retrofit will be possible on older models outside of China.

Here’s how to replace the cabin air filter on your Model 3 and Model Y:

Many suspect Tesla will rollout the HEPA filter to the United States and beyond eventually, but for now, the HEPA filter remains exclusive for Chinese buyers, who deal with some of the worst pollution on the planet. This will be a selling feature for buyers seeking healthier air thanks to their Tesla.

Tesla Model Y units in the company’s new “Quicksilver” color have started making their way to showrooms across Europe, just a few weeks after the first units with the new paint option were spotted outside Gigafactory Berlin-Brandenburg. Electric vehicle (EV) enthusiast Lasse Edvardsen (@nasalahe) on Saturday shared images of a Quicksilver Model Y Performance on […]
Nehal Malik
12 hours ago

Tesla has debuted a 2023 Model Y All-Wheel Drive, in existing inventory for immediate purchase in select states. Currently, Tesla’s website no longer offers the Standard Range for purchase, as only Long Range (delivering Dec 2022 to March 2023) and Performance are available. The Standard Range Model Y AWD was made at Gigafactory Texas with […]
Sarah Lee-Jones
16 hours ago