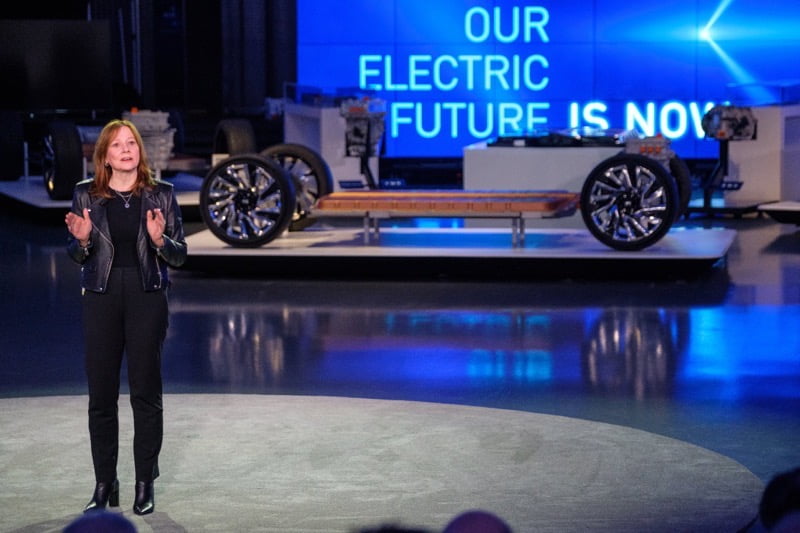 American automaker General Motors announced on Thursday its plans to electrify its entire fleet offering by 2035, 14 years from now. That means sales of gas vehicles and light-duty trucks will come to a close in that timeframe, as the company plans to go emission-free by 2040.

“General Motors is joining governments and companies around the globe working to establish a safer, greener and better world,” said Mary Barra, GM Chairman and CEO, in a statement. “We encourage others to follow suit and make a significant impact on our industry and on the economy as a whole.”

GM says it has an “aspiration to eliminate tailpipe emissions from new light-duty vehicles by 2035.”

“With this extraordinary step forward, GM is making it crystal clear that taking action to eliminate pollution from all new light-duty vehicles by 2035 is an essential element of any automaker’s business plan,” said Environmental Defense Fund President Fred Krupp, in a statement.

GM says it will offer 30 all-electric models globally by mid-decade and 40 percent of the company’s U.S. models offered will be battery electric vehicles by the end of 2025.

The Detroit-based company says it is investing $27 billion into electric and autonomous vehicles over the next five years, an increase of $7 billion.

Earlier this month, Microsoft invested $2 billion into GM’s Cruise technology, which is a self-driving vehicle unit. The automaker also recently inked a $1 billion EV factory deal in Canada, while it also has teased an electric Corvette crossover could be coming in the future.

What do you think about GM’s plans to go all-electric in 2035? The long timeframe should allow a slow phased approach to transitioning to sustainable vehicles.