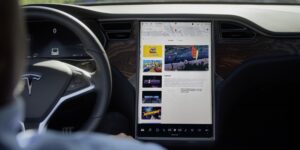 Tesla plans to partner with Samsung for the supply of 5-nanometer semiconductors, for use in the company’s autonomous vehicles, according to research and development (R&D) filings Monday from the Samsung Electronics Foundry Division (via Asian Economy).

The semiconductors will not be the first technology Samsung has provided to the auto giant, previously having signed a contract for 14-nanometer chips which underwent an argon fluoride (ArF) exposure process.

The new semiconductors are not only quite a bit smaller than the 14-nanometer chips Samsung previously made for Tesla, but they’re also treated with an extreme ultraviolet (EUV) process, rather than the ArF treatment received by the former. The process is an extremely rare one and can only be produced by companies like Samsung, TSMC, and the like.

Samsung did make the current FSD chip for Tesla out of their Texas facility if I remember correctly.

While the 5-nanometer semiconductors are being developed for the vehicle’s infotainment system, they’ll likely be for use in the company’s Autopilot and Full Self-Driving (FSD) systems.

Tesla’s Autopilot and FSD systems are made up of a number of different hardware and software combinations, including processors, neural networking processors (NPUs), security integrated circuits, memories, and display driving chips (DDI), to name just a few.

To be sure, the brains of Tesla’s infotainment systems are extremely complex, requiring a ton of specialized hardware. And with new 5 nanometer semiconductors to come, it’ll be exciting to see what else Samsung can offer the company to improve its already stellar technology.