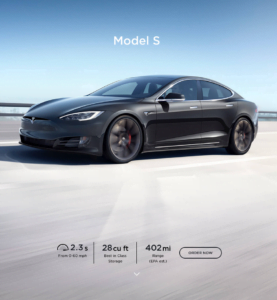 According to a new survey from JD Power, 82% of surveyed EV owners responded saying they “definitely will” consider buying another EV down the line. The inaugural survey, called the JD Power US Electric Vehicle Experience (EVX) Ownership Study, was released Thursday and seeks to find levels of satisfaction amongst those who own an EV.

The EVX ownership index score is the operating criteria, ranking user satisfaction on a 1,000-point scale, and also seeking to find out if owners will stay loyal to their original EV brand or not.

95% of EV owners surveyed whose overall scores were greater than 900 said they will be purchasing another EV. Alternatively, among owners whose satisfaction was between about 77% responded that they “definitely will” purchase another EV, though those claiming to stay with the same brand was only 25%.

The study shows that range was the major factor for most buyers and owners, and many owners were not satisfied with the EV charging network available to them. In addition, owners sought out the savings that one could enjoy from owning an EV, like lowered maintenance and fuel costs.