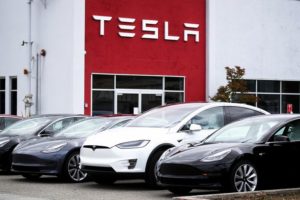 Tesla’s expansion into India has officially begun. However, ahead of completion, many are speculating as to the country’s needs for an improved driving infrastructure and supply chain, among other things.

According to Reuters, India’s EV market only contributed 5,000 EV sales out of 2.4 million cars sold in the country last year. The country’s roads have also improved in the past several years, but traffic needs like lane driving are still underdeveloped, calling some of Tesla’s best features, like Autopilot, into great question for use in the country.

India is the world’s second most-populated country, and it also has increased needs for local production to make a company like Tesla succeed. Ammar Master, a consultant at LMC Automotive, believes Tesla will significantly undersell its expected numbers in India in the first five years, especially due to the population’s still dormant environmental concerns.

Master said, “As a country, India is still not so environmentally conscious to pay that much of a premium.” He continued, “It always comes down to the price point. There will be some high net-worth individuals like movie stars and top business executives who will look at it for the brand value. But then, how many buyers are there?”

The buried lede in the Reuters story? The starting price of the Tesla Model 3, which will be nearly double that of U.S. pricing:

Wedbush Securities analyst, Daniel Ives, believes in 7-8 years, Tesla will see India account for 5% of the company’s total sales, noting a Tesla factory in the country would be a major key to success.

“India is a potential sweet spot and Tesla does not want to be late to the game,” predicted Ives.