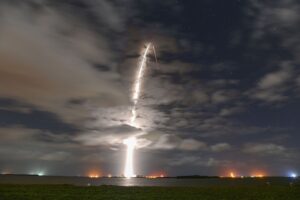 On Tuesday, the Australian Communications and Media Authority (ACMA) granted SpaceX the apparatus license to operate “Dishy McFlatface,” a nickname given to the user interface dish in the company’s manual, according to @Megaconstellati (via Tesmanian; save 10% off with coupon code TESLANORTH10).

The company also received spectrum licenses, allowing their hardware to beam signals to and from space and Earth, at frequencies 11.2-12.7GHz (for space) and 14-14.5GHz (for Earth).

The news comes just months after SpaceX was officially registered as a business in Australia. In October, the country also granted SpaceX licenses to operate 24 Starlink Gateway ground stations, all of which are currently under construction.

In the U.S., the Starlink dish costs a one-time payment of $499 USD with the mounting hardware and router, while the service itself costs $99 USD per month. The company also says the hardware is “more advanced than what’s in fighter jets,” a compelling point for anyone batting an eye at Starlink’s price.

This week, the Starlink internet beta website was updated to allow for instant sign ups for eligible Canadians.

To date, SpaceX has launched roughly one thousand satellites into low Earth orbit, all of which fly at an altitude of about 342 miles. Regardless, the benefits of low-Earth orbit satellite internet will very soon be felt by rural Starlink customers around the world.

Starlink, SpaceX’s low-Earth orbit satellite internet service, is offering increased internet access in many rural regions where residents do not currently have stable connectivity, and the company has just become operational in one new island country. SpaceX’s Starlink satellite internet is now available in Haiti, as the company has officially been registered as “Starlink Haiti […]
Peter McGuthrie
8 hours ago