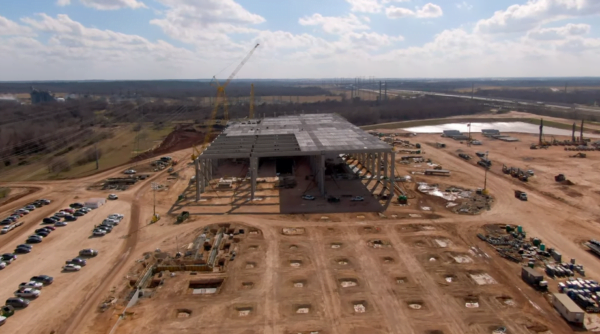 Tesla’s Gigafactory Texas is officially six months into the construction project, and despite a little snow and a few other bumps in the road, the project is well on its way to completion.

On Monday, YouTube host and Tesla North regular feature Jeff Roberts posted a new 4K drone video progress update from Tesla’s Gigafactory Texas site, and the grounds are seeing a lot more action than they were after a little snow a few weeks ago.

The Austin construction site is filled with workers on this busy Monday, with the entire West side of the casting area being prepared for a foundation. It’s likely to house three Giga Presses, the huge casting machines that have slowly infiltrated other Tesla factories.

The Texas Gigafactory is planning “substantial completion” by May 2021, with deliveries of the highly-anticipated Cybertruck arriving later in the year.