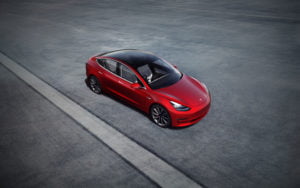 Perhaps unsurprisingly by this point, Tesla has achieved top-selling car spots for its Model 3 around the world.

In the latest news of the Tesla Model 3’s vast worldwide success, it has now also achieved the title of Iceland’s best-selling car in 2020, with a total of 856 units sold, according to numbers from the Vehicle Register of the Icelandic Transport Authority, shared by Samgongustofa (via Reddit).

In second place, was Toyota’s Outlander with 666 units, followed by the Japanese automaker’s RAV4 at 530 units.

Tesla took 9.6% of all new vehicles sales, while 33% of all new battery-electric vehicle (BEV) sales were a Model 3. 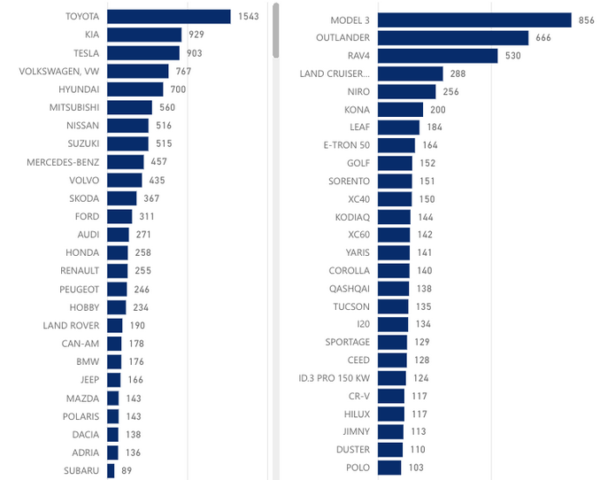 Iceland was not the only country that saw high numbers for Tesla’s Model 3, though. Tesla also had record sales sometime in 2020 in the UK, the Netherlands, and China, among others.

Since it’s the only electric vehicle (EV) company with a full lineup of cars (and more on the way!), it’s likely going to continue dominating the global EV market until other companies are able to catch up in cars released, global reach, and general preparedness for a major transition to EVs – something Tesla doesn’t have to worry about at all, as an only-EV automaker.

2021 will, on the other hand, see more EV releases than any year that has come before, bringing Tesla more competition than its experienced yet. Still, its strong standing seems to forebode a successful year, with more to follow.

Tesla has announced its production and delivery numbers for Q3 2022. The company said it produced over 365,000 cars and delivered a record 343,830 vehicles in the third quarter. “Historically, our delivery volumes have skewed towards the end of each quarter due to regional batch building of cars. As our production volumes continue to grow, […]
Sarah Lee-Jones
21 hours ago