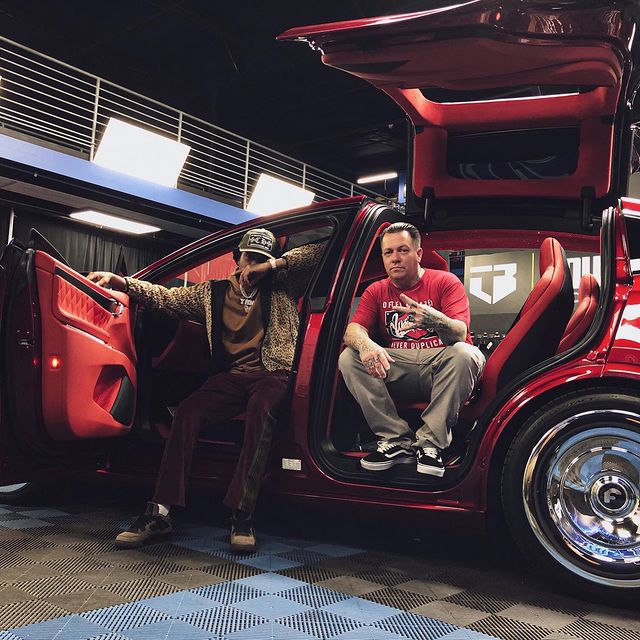 American rapper and Migos member Quavo (Quavious Keyate Marshall) wanted to customize his Tesla Model X, so he reached out to Burbank, California-based West Coast Customs, which documented the crazy build on YouTube.

According to the mod shop, “Quavo Huncho said he wanted a bloody @Tesla X after seeing and hearing Mike Dean’s X! So bloody it is, custom red leather diamond-stitched interior, candy red paint, and a crazy audio setup for the hip hop artist from @Migos ATL.”

Check out the video below

West Coast Customs didn’t do a wrap, but instead painstakingly removed each panel of the Model X exterior to have it painted candy red. The inside was also gutted to make it red as well, to make everything seem like it came stock.

Inside the seats got a red leather treatment with diamond stitching, while the headliner has ‘stars’ that light up as well. The chrome remained on the outside while chrome wheels were added, along with a custom audio system that includes additional subwoofers.

When asked what he thought of the new custom build for his Model X, Quavo gave it a “10 out of 10”.

For reference, Mike Dean’s custom Model X by West Coast Customs can be seen below:

Over the weekend, Tesla owner and YouTuber Jeremy Judkins evacuated from their Hurricane-Ian-affected North Port, Florida, residence in their Model X Plaid. North Port experienced significant flooding after the storm, and more was expected. Instead of waiting around, Jeremy chose to leave to a safer location in their Model X Plaid. He was able to […]
Nehal Malik
7 hours ago