Canada Registers 14,280 Battery Electric Vehicles in First Half of 2020 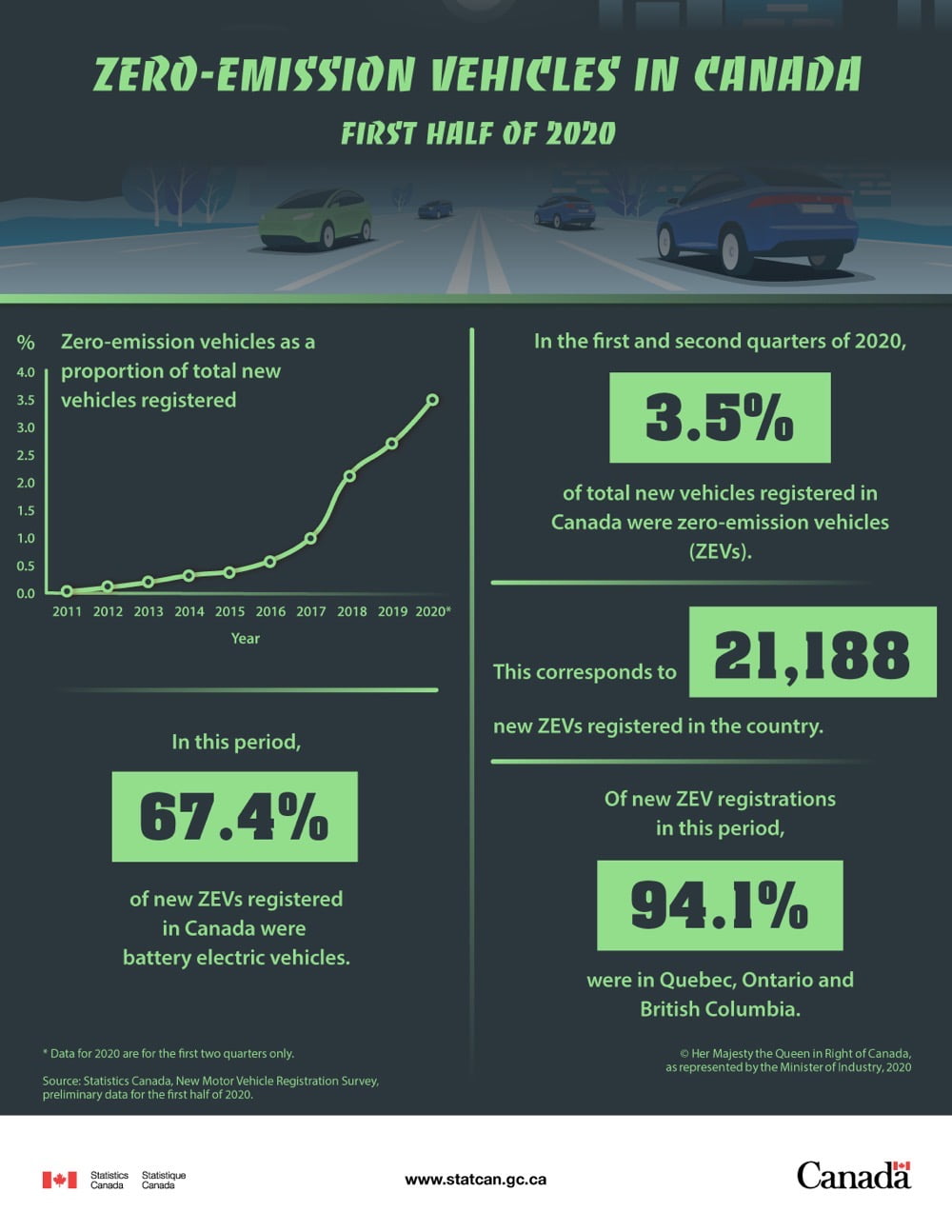 Statistics Canada recently released data on zero-emission vehicles (ZEVs) for the first half of 2020, which consists of battery electric or plug-in hybrid electric vehicles (PHEVs).

According to StatCan, “zero-emission vehicles have continued to grow in popularity”, with 3.5% of total new vehicles registered in Canada for the first half of 2020 were ZEVs. This is a relatively small number but is trending higher year-over-year.

The Victoria census metropolitan (CMA) had the highest percentage of ZEVs in Canada, at 13.4% of new vehicles registered. In Vancouver, this percentage was at 11% for new vehicle registrations as ZEVs.

The Canadian government has an iZEV program which offers up to $5,000 towards the purchase of eligible electric vehicles. The government hopes to reach net-zero emissions by 2050 and recently floated the idea of banning new gasoline car sales in North American, with a partnership with the U.S. government. Our Next Energy plans to spend $1.6 billion on a new battery cell plant in suburban Detroit to produce lithium iron phosphate cells and battery packs, as detailed in a report from Automotive News. The company, often dubbed “ONE,” signed a lease in Michigan for a 659,589-square-foot building located 25 miles west of downtown Detroit […]
Peter McGuthrie
19 hours ago