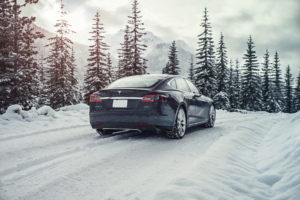 A previously-passed bill in Michigan to ban direct vehicle sales in the state seemed to hold protections in place for Tesla, though new updates seem to say that will no longer be the case.

On Wednesday, House legislators removed important language from the previously-passed direct vehicle sales bill, House Bill 6233, which was to protect Tesla as the state’s only approved electric vehicle (EV) brand, as reported by Detroit News. The amended bill, which passed 65-39, seems to completely counteract Tesla’s protections stated in its first iteration.

While the prior bill allowed for indirectly-owned service centers, a model Tesla utilizes, the amendment would now specifically ban the direct or indirect ownership of any service center, with exceptions only applying to manufacturer-owned automobiles and fleet vehicles.

The law will still need a signature from the Governor, following Senate approval, if it is to be signed into law.

time to call and email your representatives in Michigan. They're trying to push Tesla out again. https://t.co/Rgnz9GVDMw

While it’s unclear why the language was omitted from the bill, House Minority Leader Christine Greig, D-Farmington Hills, did suggest an alternative on Wednesday, in which the state would offer a limited number of licenses to electric vehicle (EV) companies.

Greig said, “It does not solve the problem that we have with the lawsuit with Tesla.” She continued, “It opens up the state to additional litigation, which costs taxpayer dollars. And it also is a very anti-market approach to vehicle sales.”

However the bill turns out, it’s unlikely that Tesla would avoid selling vehicles in the state of Michigan for any reason. If Bill 6233 is to pass, Tesla will almost undoubtedly have something to say about it in court.