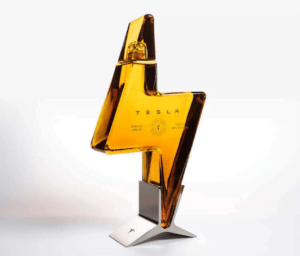 When Tesla CEO Elon Musk first joked about Tesla Tequila on April Fools’ Day, he had titled it, “Teslaquila.” However, even as the joke turned into a real product, the name could not stick.

According to The Verge, Musk could not name the product ‘Teslaquila’ because of the word’s similarity to the word ‘tequila,’ per rules set forth by the Tequila Regulatory Council (CRT). According to the council, the word ‘tequila’ denotes origin specifically, and only allows tequila business owners permission to use the word.

To use the title “Tesla Tequila,” Tesla had to register the product in both Mexico and the United States. The product is associated with El Destiladora del Valle de Tequila, located in Tequila, Jalisco, ultimately being produced by Nosotros Tequila, a California-based Tequila brand. While onlookers may have thought the name change to be due to a strange and vulgar Spanish to English translation of “Teslaquila,” and particularly the word, “quila,” the ruling is simply due to the guidelines surrounding the use of the word ‘tequila.’

Imagine getting the shorts and teslaquila at the same time

But on the shorts for shots!

Another issue Tesla ran into with its production of Tesla Tequila was the production of the lightning-bolt shaped bottle. Originally, several suppliers told the company that the bottle design would be impossible to produce en masse, though the company managed to find a company willing to produce them (obviously) through Nosotros Tequila.

In any case, Tesla Tequila is one of the more exciting things to come to light in the zero-emission vehicle world, even if it has very little to do with the vehicles themselves.

Tesla Tequila has started delivering to lucky customers, ahead of the happy holiday season.

Tesla Stock Could Be “Crushed Like Souffle Under a Sledgehammer,” Warns Musk in Employee Email