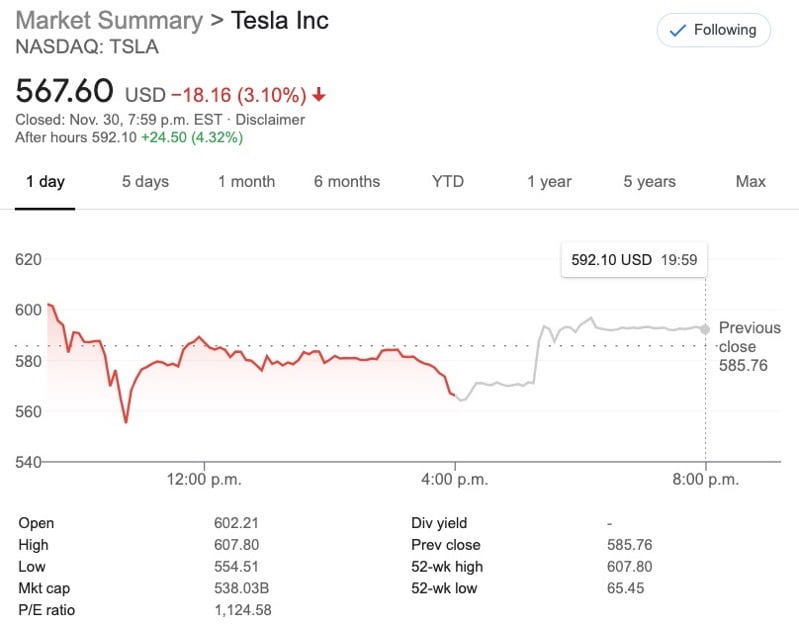 The S&P Dow Jones Indices announced this afternoon Tesla will be added to the S&P 500 “at its full float-adjusted market capitalization weight effective prior to the open of trading on Monday, December 21, 2020.”

Back on November 16, it was announced Tesla would be joining the S&P 500. A consultation started to receive feedback to decide how Tesla would be added to the index.

“In its decision, S&P DJI considered the wide range of responses it received, as well as, among other factors, the expected liquidity of Tesla and the market’s ability to accommodate significant trading volumes on this date,” explains a press release.

“After the market close on Friday, December 11, pro-forma files will be distributed, and a press release will be published announcing which company Tesla will replace in the S&P 500.”

The S&P 500 will also see a quarterly rebalance set for December 18, ahead of Tesla’s inclusion, while on December 11, the S&P Dow Jones Indices will reveal which company Tesla is replacing.

Tesla’s market cap closed at $538 billion on Monday, still making the company one of the most valuable to ever join the S&P 500. Elon Musk’s company will be worth just over 1% of the elite S&P 500, which is a group of 500 of the biggest companies listed in U.S. stock exchanges.