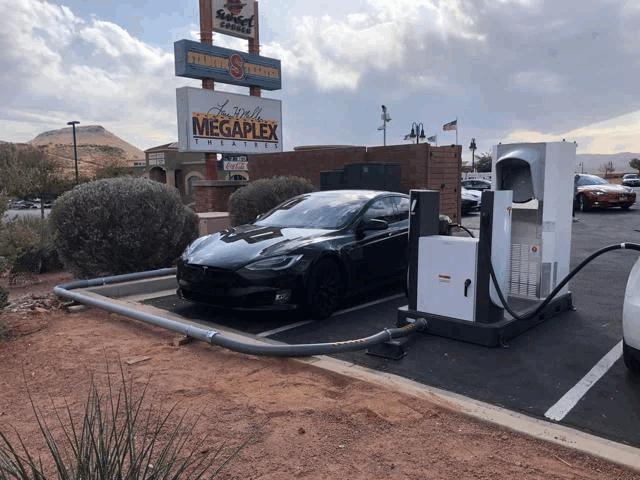 Let’s take a look at all the new Superchargers in the U.S. that have become operational since our last update, courtesy of data from Supercharge and information gathered by patrons of the TMC Forums:

The one exception is the St. George location, which hosts urban Superchargers capable of a slightly higher power output of up to 75 kW per car — not a type of Supercharger we see often.

In addition, the new urban Supercharger locations this time around have Superchargers fixed on to (presumably) portable pallets instead of being permanently installed, which is an interesting development.

With six new locations in as many days, Tesla has evidently sped up the expansion of its Supercharger network — looks like its addition to the S&P 500 index has supercharged Tesla’s efforts to grow.

Tesla Model Y units in the company’s new “Quicksilver” color have started making their way to showrooms across Europe, just a few weeks after the first units with the new paint option were spotted outside Gigafactory Berlin-Brandenburg. Electric vehicle (EV) enthusiast Lasse Edvardsen (@nasalahe) on Saturday shared images of a Quicksilver Model Y Performance on […]
Nehal Malik
12 hours ago

A Tesla Model 3 with a camouflage cover on the front and rear was recently spotted at a parking space in Santa Cruz, California (via @omg_tesla). What’s going on here? @klwtts @WholeMarsBlog @teslaownersSV pic.twitter.com/uFpxcsVh4D — omg_Tesla/Rivian (@omg_tesla) December 3, 2022 The electric vehicle (EV) seemed to have factory plates, indicating that it is part of […]
Nehal Malik
14 hours ago