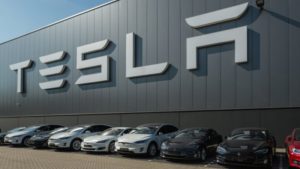 Tesla is no stranger to bugs and flaws with its cars, and a new investigation may even expand the number of cars that Tesla will need to address.

On Friday, the National Highway Traffic Safety Administration (NHTSA) announced that it has opened an investigation into about 115,000 Tesla vehicles, as reported by Reuters. The newest probe in a short series of recalls and safety investigations, the NHTSA has opened this particular investigation over a safety issue with the front suspension.

The NHTSA believes the flaw to affect a number of 2015-2017 Model S units as well as 2016-2017 Model X units. With about 43 complaints referring to the failure of the front suspension fore links, Tesla issued a service bulletin that described the potential suspension condition.

US Safety Investigation into Tesla to Expand to 159,000 Vehicles https://t.co/SLizGE8TO8

Earlier in November, a class-action lawsuit was launched against Tesla, in California’s US District Court, over Models S and X suspension issues, which were said to result in premature failing of the front and rear suspension control arm assemblies.

Tesla denied any safety defects in Model X or S unit suspensions in a blog post in June 2016, though the current probe shows that this simply was not true. In the post, they also acknowledged that the NHTSA had already asked the company to informally provide information about these suspensions. Now, the NHTSA has upgraded the concern to the point of a formal investigation.

Whatever the outcome may be for Tesla and its Model X and S suspensions, hopefully, the company can have them fixed as soon as possible, to provide the utmost safety to its customers.

Over the weekend, Tesla owner and YouTuber Jeremy Judkins evacuated from their Hurricane-Ian-affected North Port, Florida, residence in their Model X Plaid. North Port experienced significant flooding after the storm, and more was expected. Instead of waiting around, Jeremy chose to leave to a safer location in their Model X Plaid. He was able to […]
Nehal Malik
20 hours ago

Tesla has announced its production and delivery numbers for Q3 2022. The company said it produced over 365,000 cars and delivered a record 343,830 vehicles in the third quarter. “Historically, our delivery volumes have skewed towards the end of each quarter due to regional batch building of cars. As our production volumes continue to grow, […]
Sarah Lee-Jones
23 hours ago