Tesla has increased the range of its Model S Long Range Plus to a staggering 409 miles (658 km), according to a November 2020 delivery’s Monroney sticker, shared by an Electrek reader. 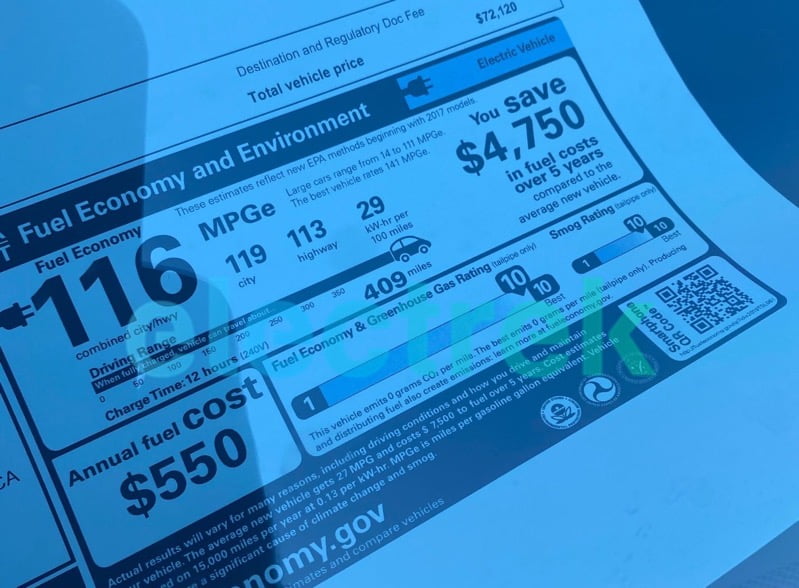 Despite the range increase, combined efficiency ratings have changed:

The efficiency of the Model S improved for highway driving, but went down for city driving.

Earlier this week, it was reported the Performance Model S received updated EPA numbers to show a range of 387 miles, to reflect a recent update via software.

It’s unclear what efficiencies Tesla made to increase range to 409 miles, but the Model S now beats the Lucid Air’s 406 miles. The Model S recently gained a priced drop to $69,420 USD.