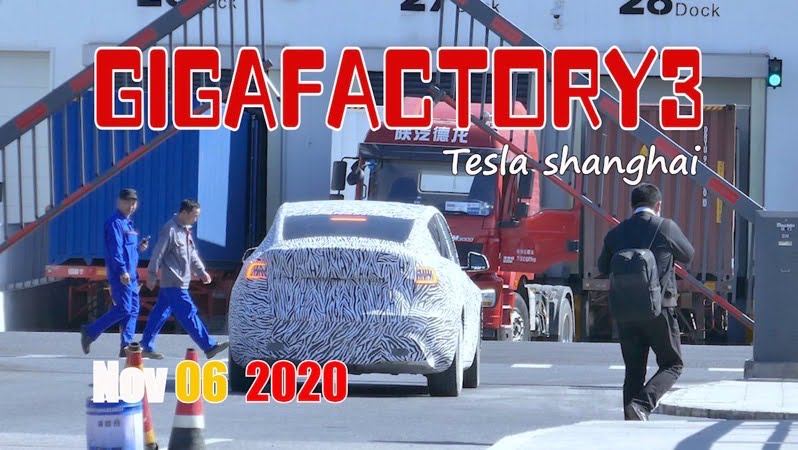 According to an unnamed source, Tesla plans to produce 300,000 Model 3 and 250,000 Model Y units, with order requests apparently already sent to component suppliers.

While Tesla’s Shanghai factory has a planned capacity of 150,000 units in 2020, next year’s more than three-times increase is due to the second phase of the Gigafactory being completed, set to produce Model Y.

The report seemingly corroborates a similar story first reported by Tesmanian yesterday, which claimed Giga Shanghai was set to produce 500,000 Teslas in 2021.

[RELATED: Save 10% off Tesmanian floor mats and more with coupon TESLANORTH10]

Earlier this week, the Model Y was already spotted outside Giga Shanghai, wrapped in camouflage.

In late October, Tesla’s Shanghai factory started to export Model 3s to Europe for the first time, with about 7,000 units sent to dozens of countries.

36kr.com says insiders predict Tesla’s global sales next year to hit about 900,000 units—with Giga Shanghai taking on more than half of production. Tesla said this year it hopes to achieve 500,000 cars produced in a single year for the first time in its history.

If Tesla’s Giga Shanghai factory is able to pull off 550,000 cars in 2021, that works out to 1,509 Teslas made every day. Take this report with a grain of salt, but let’s not doubt the production capabilities of Giga Shanghai and also the high demand for Teslas in China right now.

The Tesla Model Y launched in Australia last August, and it has been so popular with recent price cuts that its deliveries are being pushed further and further out. Tesla’s Model Y units are now showing estimated delivery dates of February to May on the company’s order configurator, as detailed in a report from The […]
Peter McGuthrie
6 days ago

As Tesla’s electric vehicles (EVs) become more and more common in the German market, new buyers can now safely look forward to subsidy support from the government. Germany’s Federal Office for Economic Affairs and Export Control (BAFA) has added Tesla’s Model 3 and Y units to the list of EVs eligible for its full €4,500 […]
Peter McGuthrie
1 week ago