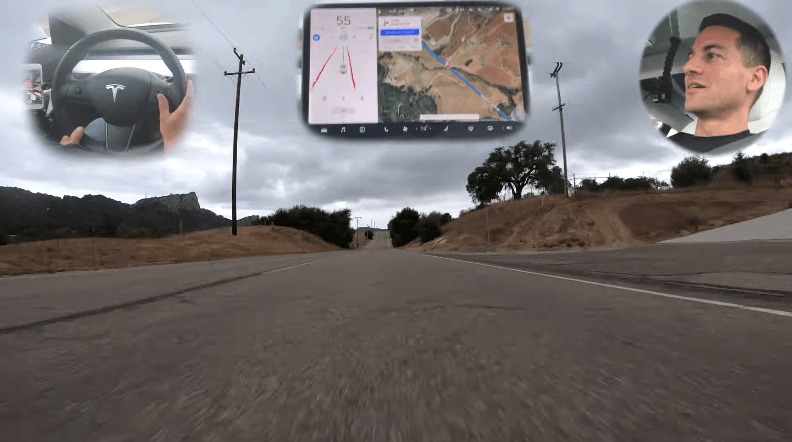 Fraval’s video is unique as he has four camera views, showing the road, steering wheel, Tesla display and his reactions while driving.

While the route taken wasn’t exactly right in the city, it goes to show how travelling through Edna Valley can be totally hands-off with FSD beta, which continues to learn and impress.

Tesla is slowly releasing FSD beta to owners deemed safe and more and more are getting the beta software update in the United States, including Hawaii: