The sale of electric vehicles (EVs) and plug-in hybrid EVs (PHEVs) are both on the rise, in spite of some setbacks due to the pandemic.

A new report by EV Sales shows us that while Tesla Model Y saw a major global sales increase in August, the Tesla Model 3 remained the most-sold EV by far, with only the Wuling Mini EV in second place. 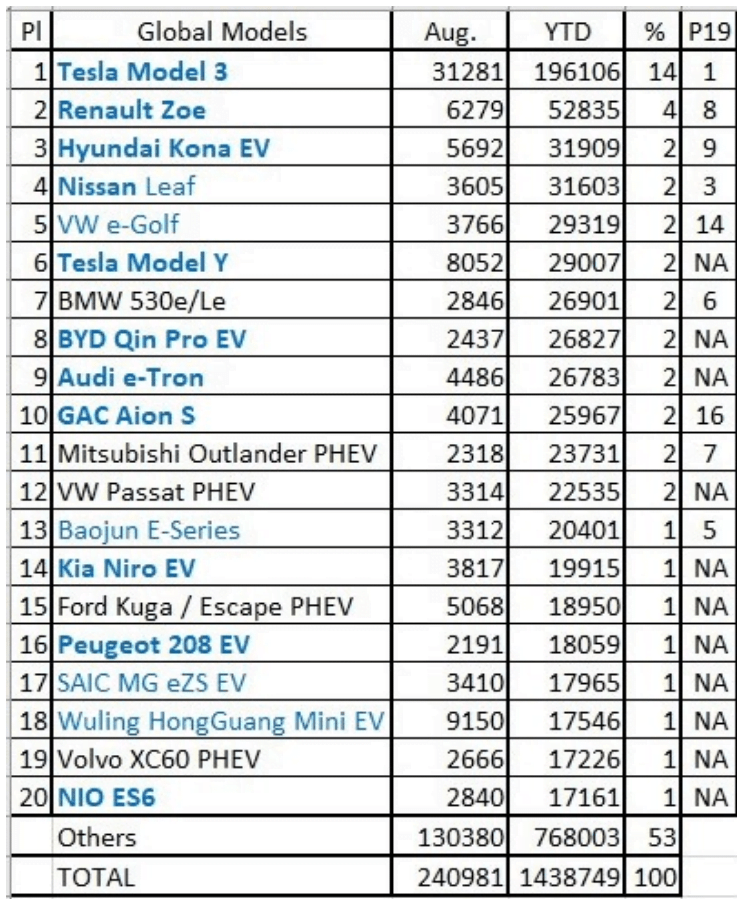 A number of other EV and PHEV saw increased sales numbers in August, despite the fact that the overall auto industry dropped 10% year-over-year. Still, plugin cars made up 3.1% of the market in August, compared to 2.5% the prior year.

The completion of Tesla’s Giga Shanghai is likely a major contributing factor to the company’s success, with the Chinese market making up a major share of its profits. While employees of the factory have been working few shifts since its completion, they’re set to increase shifts after China’s national holiday, signaling another major increase in production.

While Tesla rules the world of EVs right now, other brands are getting their shot at success too, and it’ll be an exciting next several years as companies fall in their places.

A revamped Model 3 is under development at Tesla, according to four people familiar with the plans in a report from Reuters on Monday. The updated model, dubbed “Highland,” is expected to decrease overall complexity and reduce the number of components in the Model 3’s interior. Additionally, the new Model 3 will focus on factors […]
Peter McGuthrie
8 hours ago

Tesla is ‘recalling’ roughly 80,000 vehicles in China due to seatbelt and software issues, according to the State Administration for Market Regulation in a statement on Friday (via The Wall Street Journal). The regulator said that a recall filing had been for Tesla’s vehicles, which is currently the second largest automaker in the country. The […]
Peter McGuthrie
3 days ago