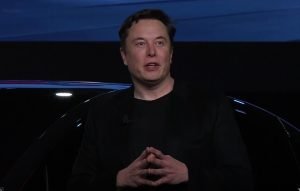 New features are always coming to new Tesla models, and the company will soon add an exciting new feature to the backup camera.

In a response on Twitter Thursday, Tesla CEO Elon Musk confirmed that a tap-to-enlarge feature on camera views when backing up will be coming to future Teslas.

A Twitter user tweeted at Musk, saying, “Can we tap to enlarge the different camera views when backing up.”

With the update, the camera should be a further increase to the camera’s safety options, allowing drivers to zoom into tough-to-see areas on cam to ensure they can see everything.

Musk is known for confirming or denying details through his Twitter, alongside expressing that the US should “coup whoever we want” for lithium and advocating for breaking up monopolies through the medium.

Still, the ability to garner news straight from the Tesla CEO himself is a major benefit to EV enthusiasts, who can learn about features like the backup cam zoom system before they roll out.

The feature confirmation shouldn’t be surprising, though it does feel like something straight out of the 2020s. The ability to specifically control an area of your car’s backup cam feels like futuristic movie material – and the new feature might even pair well with the word “Enhance,” but maybe Musk is already considering implementing that too.

A 30-foot long, 12,000 lb metal sculpture featuring Elon Musk’s face atop the body of a goat riding a rocket has been spotted on the streets of Austin, Texas (via Fox Business). The statue was commissioned by a group of cryptocurrency enthusiasts who created a project called the “Elon Goat Token.” They wanted the sculpture […]
Nehal Malik
3 hours ago

Tesla CEO Elon Musk said on Saturday that the company has successfully completed its first 500-mile test drive of a Semi truck with a full load. With its haul, Musk noted that the vehicle weighed in at a whopping 81,000 lbs (or 40.5 tons). Tesla team just completed a 500 mile drive with a Tesla […]
Nehal Malik
7 hours ago