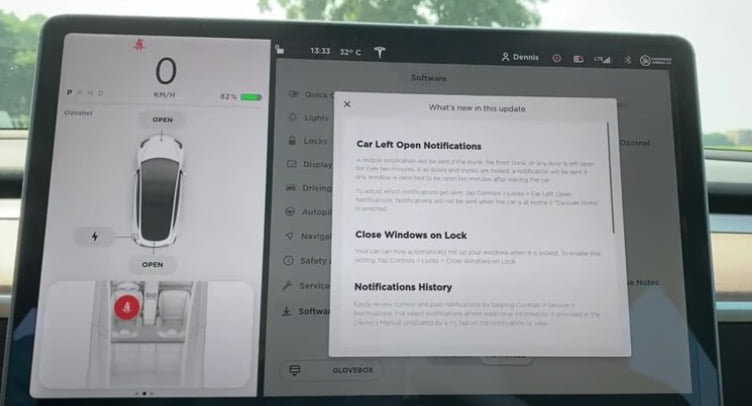 Tesla started rolling out its 2020.32.1 software update last week, which included a variety of new features. If you haven’t checked out what’s new or updated yet, YouTube channel D-nXt-Tech provides a video overview of the new features in the update on their Model 3 Performance.

The video also details a hidden “camera calibration” setting, it shows the Close Windows on Lock feature for Model 3 and Model Y, along with Car Left Open Notifications.

How are you liking the latest 2020.32.1 software update for your Tesla?