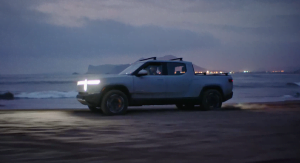 In the electric vehicle world, trade secrets are a valuable commodity, though misusing them would have the potential to be costly to any company, large or small.

Rivian, a North American electric vehicle manufacturer, has just requested for a judge to dismiss a lawsuit filed by Tesla in July, as reported by TechCrunch.

The original lawsuit claimed that Rivian had stolen trade secrets and past employees, though the counter-request posed against Tesla maintains that two out of three of the case’s claims fail to offer sufficient allegations. Those representing Rivian criticized Tesla’s filing of the lawsuit, claiming it was done maliciously to impede the growth of Rivian as a company, also saying it had nothing to do with defending its own intellectual property.

In the court filing, Rivian said “In particular, the Court should not credit as true speculation of the kind scattered throughout Tesla’s complaint.”

Rivian also claimed that it had taken several cautionary measures against the spread of confidential information, including a number of company policies and procedures.

While the outcome of this lawsuit is yet to be determined, it will likely be more than a bump in the road for Rivian. Still, the rebuttal against the lawsuit shows the company’s willingness to stand its ground, which may be what saves them in the end.

Long-term vehicle rental service Autonomy has launched an end-of-year sale that lets users subscribe to a Tesla Model 3 for what it is calling the “lowest price anywhere” for the electric sedan. Customers need to put down a $3,000 deposit and then pay $450 per month for the first 12 months, said Autonomy earlier this […]
Peter McGuthrie
35 mins ago

The Tesla Model Y earned the title of News AU‘s 2022 Car of the Year, following testing of eight different gas and electric vehicles on Australian roads. The outlet notes the Model Y’s 450km driving range, its roomy cabin compared to gas cars, its brisk acceleration and its sharp steering as a few of the […]
Peter McGuthrie
50 mins ago

Tesla’s Gigafactory Texas is reportedly aiming for 75,000 units of the Model Y in the first quarter of 2023, according to an unnamed source who shared the information with electrek. The figure equates to more than 5,000 units per week at the site for the entire quarter, marking a significant production increase from the 1,000 […]
Peter McGuthrie
22 hours ago