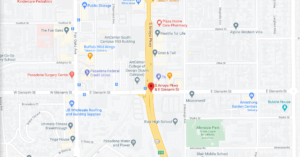 After Battery Day, it’s no doubt that Tesla is in full-steam ahead mode – while the company’s shares dropped a decent bit after the event, this still won’t stop its factories, showrooms, service centers, and Superchargers from popping up around the world.

In an update from Tesla Motors Club, it was announced that Pasadena will be getting a new Supercharging Plaza at the corner of Glenarm St. and Arroyo Parkway.

Additionally, the new Supercharger lot will have six dedicated spaces for Tesla’s highly-anticipated Cybertruck. The Superchargers will all be V3 (up to 250 kW), and the lot will include both security cameras and WiFi.

Dedicated Cybertruck superchargers coming to Pasadena, CA in the near future. https://t.co/6MYlu0YWKT

In its report, the city of Pasadena cited the need for Tesla’s Supercharger lot in order to reduce greenhouse gases by supporting an infrastructure of electric vehicles (EVs), and thus, by keeping up with the communities EV-charging needs.

The report also mirrors the state of California’s goals to both install 250,000 charging stations by 2025, and to bring 5 million zero-emission vehicles to California roads by 2030.

A full version of the report can be accessed here.

The plan has now been approved by the City of Pasadena, and while it isn’t clear when the plans are set to begin construction, they’re likely to begin soon.

Tesla Model Y buyers in Australia could bring the SUV’s price down by as much as $10,000, making it as affordable as the Mazda 3 with a new tax deal, according to The Driven. To achieve this level of savings, buyers must qualify for a combination of incentives including the country’s new fringe benefit tax […]
Peter McGuthrie
18 hours ago